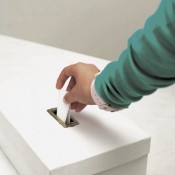 ACT Electoral Commissioner Phillip Green says the Animal Justice Party has officially been entered on the register of political parties in the ACT and is now eligible to nominate candidates for the 15 October 2016 ACT Legislative Assembly election.

“Parties wishing to register for ACT elections must submit a list of at least 100 members and a copy of the party’s constitution to the Electoral Commissioner. Registered political parties are able to list their party name or their abbreviated name on ballot papers and receive public funding of election expenses.

“The deadline to lodge new applications for party registration in time to run candidates at the 2016 ACT election passed at midnight on 30 June 2016.

“Two further political party registration applications, one from The Flux Party – ACT and one from Canberra Community Voters, are currently within the period for public objection.

“There are currently ten political parties registered to contest the October 2016 election: