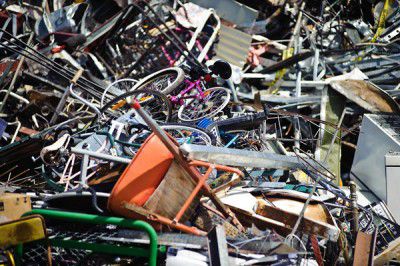 DIRECTOR of The Australian National University (ANU) Research School of Psychology, Professor Mike Kyrios, has developed a new treatment for hoarding disorder and called for a major rethink in the way hoarding is managed in Australia.

“People with hoarding disorder are falling between the gaps of Australia’s medical system,” Mike said.

“Hoarding disorder effects between two to six per cent of the population. People with the condition excessively acquire or save items and have difficulty getting rid of possessions regardless of the value. This then leads to clutter in the home or work spaces rendering those spaces unusable and potentially dangerous.

“This is a severe mental health condition that affects people’s lives and is associated with unnecessary deaths. We know that 25 per cent of deaths from fires in homes occur in the homes of people with a hoarding problem.

“Existing Medicare services only allow for 10 sessions of treatment, where hoarding takes a much longer time to treat – anywhere between six-months and twelve-months.

“Effective treatments do exist however there are very few people in Australia who can provide them.

“We need a much more multi-disciplinary approach to the management of hoarding in the community and we need to teach a range of professionals how to manage it effectively.”

Once considered to be a symptom of Obsessive Compulsive Disorder (OCD), in 2013 ‘hoarding disorder’ was added to the American Psychiatric Association’s Diagnostic and Statistical Manual of Mental Disorders.

Professor Kyrios and his team have played a lead role in the development of a psychological treatment of hoarding for use in Australia, outlined in a paper published in the latest Journal of Clinical Psychology & Psychotherapy, and is currently trialling online treatment supports.

He said older Australians were particularly susceptible to the effects of hoarding disorder and that there were a number of aspects that lead to people developing the condition including genetic and experiential factors.

“In many instances people who feel insecure about themselves as a result of their early upbringing, will overly acquire things, to defend themselves against the threats they feel are out there in the world,” Mike said.

“It’s almost as if they build a defensive wall around themselves through the use of objects. However, we can teach people to have a more positive relationship with possessions and to minimise the clutter in their homes.”

Professor Kyrios will take part in The Love of Things panel discussion at the Palace Electric Cinema in Canberra on Wednesday 10 February at 6pm to give his views on hoarding disorder and compulsive buying.

Further details are available at hotel-hotel.com.au.

CityNews - April 17, 2021
0
THREE people have been taken to hospital with "significant injuries" following a high-speed collision on the Monaro Highway early this morning.

Meeting of art and science, a ‘poem come to life’