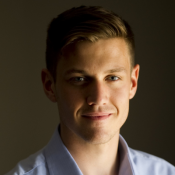 IN solidarity with The Age and Sydney Morning Herald, which have announced another 120 redundancies in a new round of cuts, the Canberra Times journalist Henry Belot has tweeted that the Canberra Times staff are going on strike too.

Canberra Times staff vote to strike for 24 hours in solidarity with Fairfax Media staff in Sydney and Melbourne.

Other luminaries from that paper have added their voices.

Canberra Times staff vote to strike for 24 hrs in solidarity with staff at The Age and SMH #jobcuts #fairgofairfax pic.twitter.com/7uqircDEQ3

On strike. Both in support of our @smh and @theage colleagues, and to protect the kind of quality journalism that is so vital to our future

UPDATE: Fairfax promise there will be a paper tomorrow:

Fairfax Media Limited [ASX: FXJ] advises that some journalists from mastheads including The Sydney Morning Herald, The Age, The Canberra Times, the Brisbane Times and The Australian Financial Review are taking unprotected industrial action relating to an announcement to staff today.

The company will continue to publish across print and digital as usual.

Fairfax Media Chief Executive Officer, Greg Hywood, said: “We are operating in an ever-changing highly competitive media environment which involves rapid evolution of our publishing model. The initiatives we have proposed today are part of that adaptation and are necessary to sustain high quality journalism.”

The action follows the company making a proposal today to reduce costs across its News and Business verticals in Sydney and Melbourne newsrooms by the equivalent of 120 full-time employees through a combination of redundancies, tightening contributor budgets and reducing travel costs and expenses.

CityNews - August 11, 2020
0
Canberrans will have to wait another four years for the hospital expansion promised by ACT Labor in the lead up to the 2016 election.