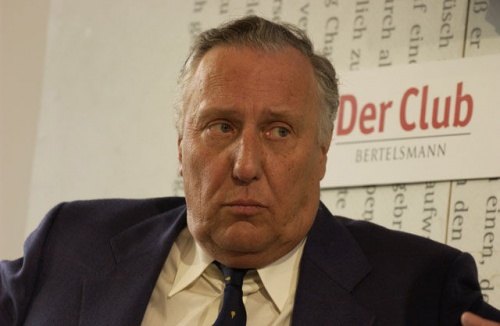 IN a secret as well-kept and closely guarded as the identity of MI6, it has now been revealed that this year’s SPYfest Goulburn special guest will be famous author, Frederick Forsyth.

Best known for books such as The Day of the Jackal, The Odessa File, The Fourth Protocol and The Dogs of War, Forsyth is one of the greatest thriller writers of all time.

He has sold over 70 million books in total and his works frequently appear on best-sellers lists. More than a dozen of his titles have been adapted to film.

Forsyth’s works are acclaimed for their authentic and accurate feel, which is now attributed to the fact he worked as a spy for more than two decades after being recruited by the Secret Intelligence Service in 1968.

Goulburn becomes the Epicentre of Espionage every September as a birthday tribute to Lazenby and to celebrate all things SPY while showcasing the city.

SPYfest is the only event of its type in the world and is a community event run by volunteers with the support of Goulburn Mulwaree Council.