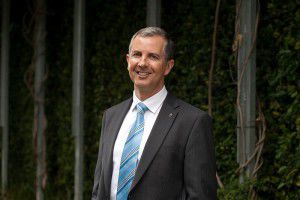 JEREMY Hanson says ACT Labor is starting the election in chaos and dysfunction with Joy Burch forced to resign following ‘serious’ and ‘unprecedented’ issues and a police investigation into her office.

“On the back of his failure to protect Deputy Chief Minister Simon Corbell form a factional power struggle, Andrew Barr now leads a dysfunctional and chaotic Labor government,” Jeremy said.

“Andrew Barr was repeatedly warned of Joy Burch’s incompetence and his failure to act earlier and remove her from cabinet sooner has led to today’s events.

“Andrew Barr must now outline what Mr Corbell described as ‘serious’ and ‘unprecedented’ other issues surrounding Ms Burch so that the Tuggeranong community can form a judgement if she is fit to be an MLA.

“This investigation is potentially very serious. It puts the whole government under a cloud.

“Andrew Barr leads a 15 year old Labor government that is being investigated by police, that is wracked by factional power struggles, that is dominated by CFMEU members under investigation, that is taking $25 million in pokie money from our community, and all we have to show for it is record debt, record debt, massive rate rises, and the longest hospital wait times in Australia,” concluded Mr Hanson.