JOBS were the focus of newsmakers this past week – either keeping their own or securing a better one next time around.

Lib Leader Jeremy Hanson was certainly among the latter as he brought PM Malcolm Turnbull into the electoral fray in his quest to become Chief Minister.

Turnbull found himself in a neat dilemma: his government had promised $60 million to the Barr-Rattenbury tram yet Hanson’s opposition had become the key election issue. The PM solved it (more or less) by noting that the ACT Budget was in deficit and declaring that “only the Liberals will deliver fiscal responsibility”.

TURNBULL himself has been given notice that his own job is on the line as word leaked out that rival Tony Abbott told right-wing allies in Britain that he had “a reasonable chance” of returning to the Lodge. Abbott denied it (surprise, surprise) but “Seven Days” can confirm that he has also told certain Aboriginal leaders that he expects to resume the prime ministerial mantle “in due course”.

CM Andrew Barr is looking increasingly desperate in his quest to retain his job. And he was not helped by former CM Jon Stanhope who, in a “CityNews” article, accused his government of taking ‘”a conscious policy decision to constrain the supply of land for detached housing” thereby increasing the cost of housing by 25 per cent since 2011. No wonder first home buyers are doing it tough.

NOR was he much helped by an ABC analysis of his decision to extend light rail to the Woden/Weston area that incorporates the key seat of Murrumbidgee. While Associate Professor Matthew Burke called it “a sensible choice”, ANU economist Leo Dobes said the lack of a business case for the extension “should be of concern to voters”.

CBA boss Ian Narev employed all his Kiwi charm in the parliamentary hearings to retain his job and head off Labor’s royal commission. Not surprising since he was paid an obscene $12.3 million last financial year. That in itself should be grounds for inquiry.

EVEN as the UN Security Council was choosing former Portuguese PM Antonio Guterres as the next Secretary-General, Kevin Rudd was protesting that he could have accepted the nomination from “another country”. So, which international powerhouse was it – PNG or East Timor?

OUR “Hamilton Hume” book tour took us to Cairns this week which Asian tourism has turned into the most prosperous provincial city in Australia.

Canberra could certainly grab a piece of the action with Floriade which attracts Asian tourists like bees to honey. But it would have to be much better than this year’s effort which got thumbs down from almost half the visitors.

WARMEST congratulations to Lauren Jackson who announced a new sprout in the making this week. Lauren’s parents live at that south coast wonderland, Tuross Head, where no doubt the littlest Jackson will soon be tossing basketballs through Pop’s and Nana’s hoops.

ANOTHER famous Jackson – Pollock – is causing a stir in London’s artistic circles with “Blue Poles” on exhibition at the National Academy. The $1.3 million painting acquired by the Whitlam government in 1973 is now worth an estimated $350 million. Cripes, that’s a third of the cost of the Gungahlin tram! 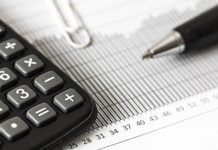