ADMIRABLE aspirations of Prime Minister Malcolm Turnbull will not be delivered by trickle-down economic policies.

“To overcome disquiet, we must ensure that the benefits of open markets deliver, and are seen to deliver for all Australians, not just a few,” he told the Business Council of Australia (BCA) at the same time as reinforcing a major tax cut to international corporations.

The 10-year plan of the Coalition government to cut corporate tax back to 25 per cent will cost Australia about $50 billion. The rich will get richer and the poor even poorer. The real growth will be in the disparity.

The Australian Council of Social Service (ACOSS) also supports tax reform. However, it is working with a wide range of community groups in seeking the broad community good and has released key principles regarding tax reform.

“Personal income (from all sources) should be taxed in a consistent way in accordance with ability to pay”.

Working with the National Centre for Social and Economic Modelling at Canberra University, they modelled raising the GST to 15 per cent and providing a 5 per cent income tax cut.

“The results are stark: two thirds of households, on incomes up to about $100,000 would be worse off and the top 40 per cent would gain at the expense of the bottom 60 per cent,” they say.

Michael Bradley, managing partner of Sydney law firm Marque Lawyers, wrote in his column for the ABC’s “The Drum” in May that “45 years of trickle-down experiments, promising that the rivers of money which have flowed to corporations and the rich will turn into ‘jobs and growth’ for all, have delivered one clear outcome: a massive and sustained increase in income and wealth inequality”.

The warning is clear. There are good reasons why the very wealthy push this “big lie”.

The Australia Institute’s David Richardson explains where the real benefits will go: “A good deal of any company tax cut will benefit foreign shareholders and so foreign tax authorities are likely to gain at the expense of the Australian Tax Office”.

In the same paper, Richardson quotes the International Monetary Fund managing director, Christine Lagarde: “Our research shows that, if you lift the income share of the poor and middle class by 1 percentage point, then GDP growth increases by as much as 0.38 percentage points in a country over five years.

Another revelation of the big lie!

In Canberra, the vast majority of public servants are paying over a third of their salary in tax. These are not the people who complain. These are not the people who constantly lobby government for a reduction in taxation. Most middle-income earners understand the importance of our hospitals, our roads, our social security system, universal health care and the role these play in a “fair go”.

The conservatives are playing to greed. There are some clues to the reasons. Big businesses operate on return on investment and they make sizeable donations to the election coffers of some political parties. 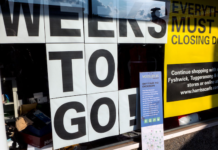 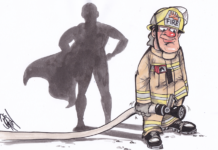 Why we should fight fire with financial fairness

CityNews - January 24, 2020
0
THE Beard Fire is under control. The ESA this afternoon (January 24) downgraded its fire rating to "advice".