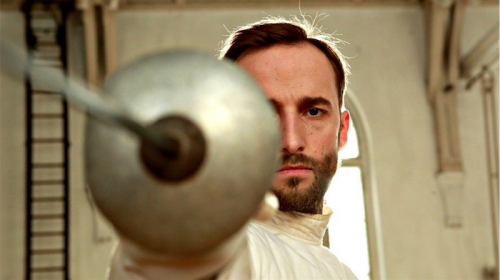 FROM Estonia comes a gentle, poignant film telling the story of Endil Nelis (1925-1993) whom the German army compelled to serve during the war, after which he hid himself away in a small Estonian town where he became a teacher.

At university, Endil had won a medal in a fencing competition. Practising alone in the school gym, little Marta watches him. Klaus Haro’s film, scripted by Anna Heinamaa, tells how Endil persuaded the principal to approve formation of a sporting club joined by many of the children bored by weekends with nothing else to do.

The story unfolds under the cloud of oppression from political and law-enforcement agencies by which Stalin controlled daily life behind the Iron Curtain. The further one was from major Russian cities, the less likely that influence was. But the school principal, who knew on which side of the dropped slice of bread the butter was spread, was a good party man whose career prospects would come to no harm if he betrayed Endil when he accompanied four children to a fencing competition in Leningrad.

Under the cloud of continual political danger, the plot is deeply emotional, the children are a delight, Endil’s relationship with a pretty teacher is honest and gentle, the fencing lessons and the explanation of its techniques and skill requirements are impressive.

Above all, the film reveals a good man whose courage and commitment are unshakeable. Told gently and with obvious pride, no excess of patriotic hubris tarnishes its sincerity.