About 10pm, police responded to a report of a male holding a knife trying to gain access to the service station on Maribyrnong Avenue.

The male offender ran towards the front sliding door of the service station which was locked. The alarm has sounded and he was unable to gain entry.

The male returned to a white 1993 Nissan Skyline that was parked directly outside the service station with a second male behind the wheel. Police have since identified that vehicle as being stolen and was painted white. The vehicle was originally a purple Nissan Skyline (pictured).

The male offender is described as around 170cm (5’7”) tall with solid build. He was wearing a black jumper, black balaclava, navy with white striped shorts and white runners.

Police are also looking for another male described as slim in build and aboriginal appearance wearing tan pants and black hoody.

Anyone who may have been in the area or can provide any information regarding the stolen vehicle or incident is urged to contact Crime Stoppers on 1800 333 000 or via the Crime Stoppers website. When providing information, please quote reference number 5986085. Information can be provided anonymously. 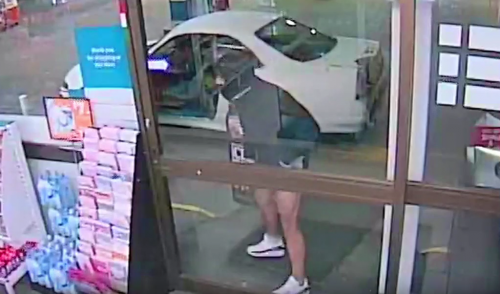 Andrew Mathieson - May 12, 2021
0
Caught up in the cloud of the postponed Tokyo Olympics, the Australian Institute of Sport is cashed up for another Games campaign ahead of Paris 2024.