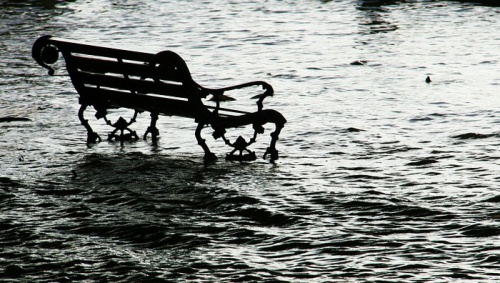 A COASTAL adaption expert from the US is warning coastal cities in Australia to be more prepared for extreme weather and higher sea levels, as communities batten down for Hurricane Irma and recover from unprecedented monsoonal rains in South Asia.

Adam Parris, executive director of the Science and Resilience Institute at Jamaica Bay in New York City says people like living on the coast, but they need to consider how to live on a dynamic coast.

“We need to consider how we live on a dynamic coast when we know that sea level rise is a pervasive and persistent issue that we will have to deal with more and more in future,” he says.

With Hurricane Irma hitting the US coast, six million people have been evacuated and more than two million are without power in Florida. The storm has already killed more than 20 people and caused billions of dollars to infrastructure across the Caribbean and in the US.

Parts of the coast are experiencing storm surges of up to 4.5 metres.

New York City had been implementing measures to adapt to climate change over the past decade. The city is working to various sea-level rise projections, which range from one metre to over two metres by the end of the century.

“We’re already seeing parts of New York City that flood on an almost monthly basis with impacts on people’s lives and livelihoods,” he says.

“Sea level rise is only going to increase the duration, frequency and intensity of flooding. We also have to consider that once-in-every-500-years storm and make sure that critical infrastructure is protected.”

Mr Parris will be meeting with parliamentarians, policy makers, researchers and practitioners at briefings and roundtables in Canberra, Sydney and the Gold Coast.

Prof Mark Howden, director of the ANU Climate Change, says the impacts of extreme events needed to be seriously considered.

“Recent historically unprecedented events, such as Hurricane Irma and the extreme South Asian monsoon rainfall, highlight the urgent need for action on climate change,” he says.

CityNews - November 25, 2020
0
Boss of the Mint, Ross MacDiarmid, reckons covid has got people back using cash. “Having a certain amount of money in your pocket a week means once it's gone, it's gone; so people are using cash as a means of managing their finances,” he tells BELLE STRAHORN.