I AM just an ordinary citizen of Canberra who has become increasingly aware, as a railway volunteer, of an impending loss of some of our region’s core heritage, through a planned “fire-sale” of key assets of the Canberra Railway Museum, which is being wound up.

We are at risk of losing several rail treasures that enable us to pass on our grandparents’ and great grandparents’ stories and experiences to generations now and in the future.

These assets are likely to go to the highest bidder rather than stay in our community for all to see and enjoy.

We haven’t got a lot of these authentic traces of the early days left. We may soon have a lot fewer with the “train wreck” associated with the closure of the Canberra Railway Museum, owing to financial difficulties.

Not only will we lose several irreplaceable carriages over 100 years old, we will lose the authentic experience of exploring and travelling in them for our families and visitors.

A number of these carriages took our men and women to the docks to go overseas on our behalf in World War I and World War II. They carried those who survived the horrors back to their loved ones waiting on the stations.

After going through several rebuilds these carriages, amongst other rail heritage, have been listed for auction in several weeks. They could be shunted out of our region into private hands and end up as B&Bs or kids’ playrooms.

What self-respecting community, government or companies in national capitals around the world would knowingly let this happen to its shared heritage when it is so scarce?

Only the ACT government can address the preservation of our story and retaining community access for generations to come – just like it does with our historic houses.

I think it’s now time for all good public-spirited people in parliament, in business and the community to step up to the footplate together.

Surely, we want to avoid being castigated by future generations saying: “What were they thinking – they knew – why didn’t they act before it was too late? Now it’s all gone forever.”

I WISH to add my voice to the unfolding dog debate. Yes, Canberra has a very serious dog problem. Not only with attacks on people and animals, but also in terms of barking and public defilement.

Having a loud, vicious barking dog next door, regularly barking all night long and depriving one of any sleep, is a common situation in the ACT. Long term, this situation is catastrophic for people’s mental and physical health, and leaves them traumatised.

And yet the police don’t care, the ACT government doesn’t care, and the Domestic Animal Services Unit particularly doesn’t care. I know, because I have lived the nightmare. As have friends and family. Most of us had to sell and move in the end.

I am scathing of this unit. They are shirkers and inappropriately “pro-dog”. My experience and that of others dealing with this unit has all been the same. Constant submission of barking diaries detailing monstrous barking and sleepless nights results in nothing. Constant phone calls result in nothing. And they always have an excuse as to why they’ve done nothing. I would like to know of a SINGLE example where this useless unit has actually made an irresponsible owner stop their dog’s barking. I doubt there is such an example.

This unit is a large part of the reason why in the ACT we have frightening dogs running uncontrolled in off-leash areas, frequent attacks on people and animals – with virtually no penalty or consequence, and every public space defiled by dog faeces.

Irresponsible dog owners, which the ACT actually abounds with, will not improve their ways unless we have strong legislation that is vigorously enforced. The existing legislation is not strong, and the enforcement is pathetic.

Dog bleeding and in shock

I THOUGHT I would let you know my experience regarding dangerous dogs after reading Rod Henshaw’s article “Dangerous Dogs – much talk, little action” (CN, May 25).

I kept walking up the street only to hear screams from behind me. I turned and the black dog was bounding across the road towards me and my two dogs. I was able to quickly pick Toby up but the black dog was trying to attack Milo.

The dog bit Milo across the rear back and under the tail. A lady came from out of a house nearby and picked Milo up while trying to fight the black dog off. My dog was bleeding everywhere and in shock. The lady was bitten on the hand and I received a few marks to my right hand when trying to pull this dog away. If not for her help I would have lost Milo.

The owner? Couldn’t control the dog and get its muzzle back on. A young fellow from the corner house came out to help her. Unfortunately, I was in such shock and I needed to get my dog to the vets that I didn’t get any details. It cost me over $1100 to have my dog stitched up. Not only did I have nightmares and flashbacks for weeks due to this experience I have not felt confident to walk my dogs again. My dogs are 14 years old and loved their walks every day. I feel very sad for anyone who has witnessed their pets killed in front on them.

This was reported to the dog patrol and photos were sent to them of the injuries my dog received. They said they would do extra patrols in the area but next morning I went up Miller Street on to Dryandra Street on my way to Belconnen and saw two people walking their dogs without leashes.

I have been a dog lover and have had dogs for over 40 years. I do not want to see dogs destroyed because some owners are so irresponsible in their training, registering them etcetera.

TOO many Canberrans are having their understanding of “gateway” drugs clouded by false information being put abroad that because a cause and effect has not been finally established between, for instance, cannabis and harder drugs, the former is not a gateway drug.

Cause and effect is not essential for a drug to be so described. This was clearly explained in 1999 when the Institute of Medicine – part of the National Academy of Sciences – said: “In the sense that [cannabis] use typically precedes rather than follows initiation into the use of other illicit drugs, it is indeed a gateway drug”.

Increased clarification came in 2003 when in the “Journal of the American Medical Association”, a study of 311 pairs of twins were studied for early marijuana use, that is, one of each set had used marijuana before 17 years of age, and the other had not. Those that had, had between a 2.1 and 5.2 times risk of subsequent other drug use, alcohol dependence and drug abuse/dependence than their sibling.

This means that associations between marijuana use and later drug use can’t be explained by genetic factors and gives strong support to the gateway theory.

In conclusion, the Centres for Disease Control has released information showing 7011 cannabis-related deaths occurred in the US between 1999-2015.

Many things can be said about this – one being it’s a very deadly form of so-called recreation. 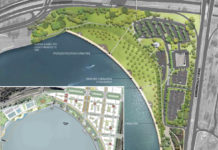