THERE was a certain irony in  the fact that, on the same day as the Canberra International Music Festival was featuring “revolutionary” music for video games at Llewellyn Hall, Canberra’s community string orchestra, Musica da Camera, was attending to genuine revolution –music from the Italian Baroque period.

This mixed group of professional musicians, music educators and instrumental enthusiasts was well-served by its invited musical director for this concert, Bianca Porcheddu, known for her performances with the Australian Brandenburg Orchestra, but now  “hiding away” on weekdays in Canberra, where she teaches Italian.

Saturday’s program focused on her music by Italian composers, but  Porcheddu was prepared to admit Handel to that category on the basis that his mastery of the Concerto Grosso derived from the period when he lived in Italy.

In the first half of the program, which also featured  Opus 5 & 6: Concerti a piu Instrumenti  Op 5 No 6 in D-major  by Evaristo Felice dall’Abaco and Sonata Op 2 No 1 by Tomasao Giovanni Albinoni, Handel’s Concerto Grosso Op 6 No 10 in D-Minor formed the centrepiece. With a very strong overture and an enjoyable quality to the following dance-like movements, this proved a very suitable choice for the orchestra, which performed strongly, perhaps sometimes too forcefully in the violin section.

It was the second half of the program however, featuring works by Vivaldi, Corelli, Valentini and Geminiani which proved the most intriguing.

In Vivaldi’s Sinfonia ‘Al Santo Sepolcro’ B-Minor, Porcheddu herself took the lead, with an animated performance.

In Corelli’s s Concerto Grosso Op 6 No  4 in D-Major, there was a change of mood, with  the highlight a brilliant violin section in the final allegro. It was Corelli  who set the groundwork for the dominance of the violin in Western orchestras and the orchestra paid due tribute to that.

On her own admission to the audience, Porcheddu initially knew very little about the composer  Giuseppe Valentini except that he was influenced by Corelli and that he wanted to be “original and different”, splitting the violin section into four.  Describing his Concerto Grosso Op 7 No 11 work as “ very challenging,” she said it was worth “having a go”. She was right. Here the orchestra really hit its straps, tuneful and expressive, with the  work performed in a lively manner.

The concert concluded with Geminiani’s  composition, Concerto Grosso Op 5, number 12, “La folia” (madness). He was known as in his time as “the madman,” but Geminiani’s particular brand of insanity revealed itself in the creation of a steady “ground-base” for the many variations that would become characteristic of Baroque music.

Musica da Camera must be applauded for its decision to perform such a fascinating and demanding repertoire under the baton of a genuine expert in Italian music of this period. 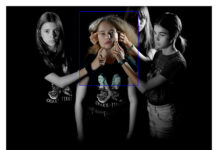 CityNews - June 18, 2021
2
The closure of the green waste facility in west Belconnen has been put on hold following a petition to keep it open.

Compassion the casualty in rush to be tough