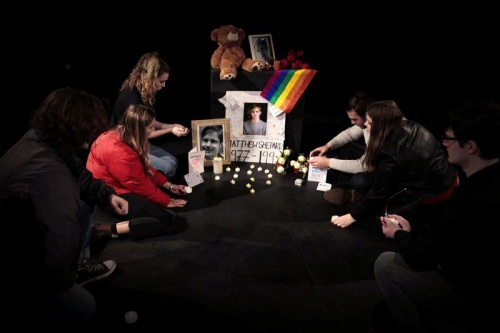 SOPHIE Benassi is one of Canberra’s hardest working directors and she’s about to stage a show which has two separate casts.

But right now in her capacity as drama teacher, she’s staging Narrabundah College’s production for 2017, “The Laramie Project”, a verbatim theatre piece with over 60 characters.

With another hat on, she assisted Canberra Youth Theatre’s director Katie Cawthorne on “The Verbatim Project”, which is touring to Sydney.

There are 25 students involved in “The Laramie Project” and Benassi has divided them into two casts.

Some years ago Everyman Theatre staged the same play, which stemmed from the sad story of Matthew Shepard in 1998. Matthew was a young gay student at the University of Wyoming. He was tied to a cattle fence, beaten about the head and robbed. 18 hours later, he was accidentally discovered by a biker, but he was beyond recovery and died several days later from head injuries. Two local young men were charged with the crime. 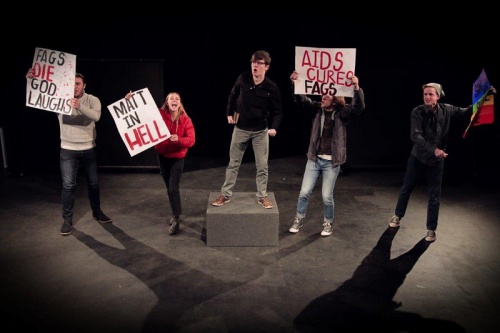 “The Laramie Project ” is structured as a documentary and is based on more than 400 interviews with about 100 Laramie residents, as well as journal entries from the members of Tectonic Theater Project and its director, Moises Kaufman.

It opened at the Denver Theater Center in March 2000 and two months later moved to Union Square Theatre in New York, where it ran for five months. Later, HBO and the Sundance Theatre Lab turned the play into a film, which Kaufman also directed.

It’s a sophisticated theatre piece, challenging in ideas and theatrical concepts for the college’s drama students, so Benassi has ensured that each student gets to act in three full performances.

“The Laramie Project” at The Hawk Theatre, Narrabundah College, 7pm Tuesday August 1-5 with a 2pm matinee on August 5. Bookings to sophie.benassi@ed.act.edu.au

Cricket star has grounds for a new career