In the earlier years of self-government the ACT bureaucracy was known to work with residents to enhance the city we cherish and to improve it for future generations. People would contact bureaucrats to find solutions to urban issues.

We lost those bureaucrats and in the 21st century we have a public-sector workforce that is perceived as having the task of being regulators.

It is now common to encounter ACT bureaucrats who work as if the locals are something they have to put up with in their efforts to administer and regulate everything.

The planning minister leaves most of the running to the bureaucrats and so we have a government of non-democratic processes.

There are many people who have wasted time writing to this planning minister, Mick Gentleman. What people share is the lack of response or maybe a boring letter written by a bureaucratic spin-doctor. The ACT bureaucracy is bulging with spin-doctors – communications officers.

This is the background to events affecting the life of a very caring and intelligent Weston Creek senior resident. Her background, education, experience and family connections involve a passion for the environmental, animals and landscapes. Her life has the added complexity of having the NDIS increase her difficulties in accessing relevant programs to assist in the on-going care for her daughter.

For a couple of decades she has made sense of her life through the care of horses on a small piece of land on the northern side of Holder in Weston Creek. This was originally arranged through the permission of a helpful bureaucrat – when they existed.

She has always accepted that one day the government would want this land for another reason. But she was not ready for the events of this year.

Firstly, with no warning, there was a form letter revoking her licence. No reasons were given. This was followed with several unsettling meetings. Still no reasons. A letter to Minister Gentleman resulted in no response beyond irate bureaucrats who stubbornly insisted she had to go. 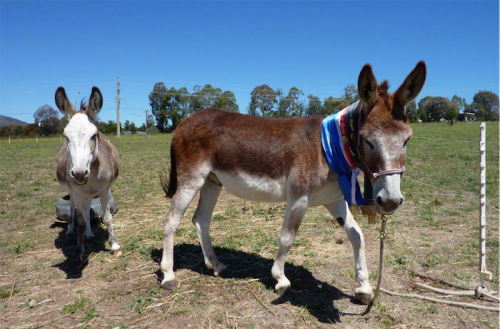 Another letter to Minister Gentleman has yielded a hasty response obviously written by the same need-to-control bureaucrats. The end-of-licence extension draws near.

If the day has arrived that this plot is to be for apartments or whatever, then probably fair enough. So far this is not the case.

What it seems to be is a couple of bureaucrats who are being extra stubborn about this minor piece of administrative difference. Bureaucratically it seems that the boys need this to fit in with other arrangements whatever they are, and so her access must be terminated. Very mean and silly!

No one has answered if there are plans for this open space. Meanwhile, it is kept in good order by having the animals graze there and through the efforts of this woman to remove unwanted weeds etcetera.

This kind person has used this plot for her solace and to provide a space for a few animals and entertainments for interested locals who visit to share the experience of the animals.

She is politely seeking a licence extension to continue to care for this land and her few animals until there are real reasons for the licence to end.

Mr Gentleman, can you please rule that a licence be issued to allow this woman to care for this small plot and to allow for the enjoyment of her few wise animals – until there is another use? This would be budget neutral and would make someone very happy over Christmas.

Back to the questions at the top: donkeys are very strong – stronger than horses – and are very intelligent with an amazing memory, and will not do unsafe and silly things.