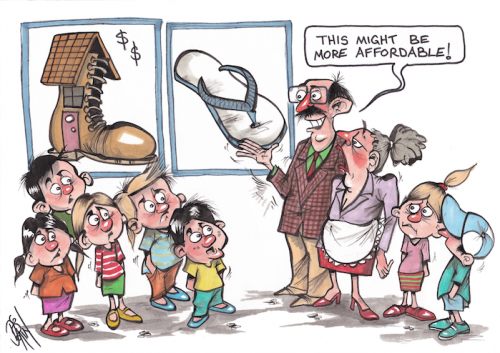 THERE are good reasons why the vast majority of Australians have bought into “The Australian Dream”. But now the quarter-acre block may be seen as a step too far.

However, it is going to be difficult to persuade most Australians that there are better alternatives than raising a family in a detached or semi-detached home. And for good reasons.

Jon Stanhope nailed concerns about the “snub” by the ACT government (CN, February 1). He pointed out that despite 84.2 per cent of Canberrans saying they want to live in detached or semi-detached homes – the government is hell-bent on moving as many Canberrans as possible into apartments.

Some people enjoy apartment living. It suits their lifestyles and there are good examples in Canberra. However, the vast majority of people yearn for the traditional form of housing. The “snub” is ignoring this aspiration and reframing our city by interspersing existing and newer suburbs with greater and greater numbers of unimaginative blocks of flats.

A key reason for wanting a backyard and room to play is family. Unlike the “helicopter” parenting where children are exposed regularly to organised and supervised play time and sport – backyard play requires exploration, resourcefulness and creativity. It demands initiative. Parents can feel secure about who is in their backyard, who it is that is having influence and can easily check on their games.

Building castles in the sand pit, peddling the bike around the yard and throwing or kicking balls to a friend has children entertaining themselves. These are invaluable life lessons. Turning a sack trolley into a billy cart might challenge parental patience – but the skills developed in the process are invaluable in life.

Backyard play enhances relationship skills. There is space for children to learn how to stand up for themselves, to give others room, to share, and to compromise. All with minimal adult supervision. “Free play” allows children to learn the skills of negotiation, tolerance, compromise, decision making and managing without adult interference.

Pets can be a backyard bonanza. Children can learn the responsibility and rewards of feeding and playing fetch without being monitored by parents. My own children had a veritable zoo including dogs, rabbits, ferrets, ducks, guinea pigs and chooks. Having a few chickens and collecting the eggs is a step towards learning about healthy food.

With so many people overweight or obese a backyard provides the opportunity to learn about nutrition. Looking after a veggie patch takes effort and time away from sitting in front of a screen. Who would argue more time is needed in front of screens or less time to be exercising in fresh air?

This paints an idyllic picture. I understand the intent from advocates of more intense housing and less urban sprawl. They argue good city design includes shared green spaces with playgrounds, large fields and room for groups of children to gather and learn to play together. Since the first suburbs started in our city a century ago and the introduction of the decentralised town centres Canberrans have had the opportunity to have the advantage of both.

Affordability is a huge challenge. Jon Stanhope set out the issues of housing affordability and pointed to the failure of government to deliver. The aspiration of so many to choose detached and semi-detached dwellings to provide these opportunities are understandable. If they can afford it!

The reworking of “the built form” of Canberra raises other issues. The suburb of Campbell now supports six-storey units and a large park on the corner of Anzac Park and Constitution Avenue. The development delivers apartment living in an appropriate manner. Inappropriate is the proposal for a six-storey unit block on a pocket size piece of land on the former garage site at Campbell shops. Out of proportion! Out of place! Inconsistent with the surrounds! Totally inappropriate. An affront to the built form!

Aspirations are important. There are challenges. However, it is time for government to respond positively to the majority rather than caving to the aspirations of a few developers and a handful of misguided planners who “know best”.

Michael Moore is a former member of the ACT Legislative Assembly and an independent minister for health in the Carnell government. He has been a political columnist with “CityNews” since 2006. 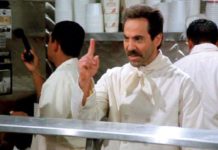