BABY-faced virtuoso Kotaro Nagano’s “Portrait in French Music” was a harpsichord repertoire from the 17th and 18th centuries alongside 20th century piano works.

The program included an impressive list of Nagano’s accolades – first prizes in piano competitions, predominantly Chopin competitions, and his appearances with international orchestras. 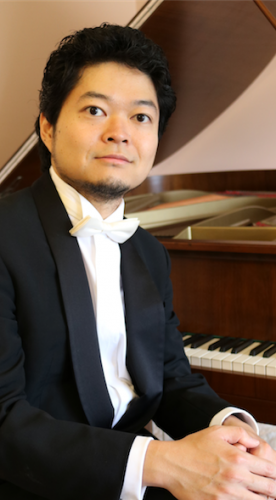 It also proudly listed his appointment as a member of the Hachioji City “Special Cheering Squad”, to celebrate the 100th anniversary of their municipal government. Hachioji, near Tokyo, is Nagano’s home town and he maintains strong connections there as a pianist, harpsichordist and instrument maker.

This was a strange concert. Few performers are equally proficient in both piano and harpsichord, and even fewer can successfully span a 400-year repertoire gap. Nagano proved to be no exception. The second half of his program, devoted to piano works, was noticeably stronger than his earlier harpsichord performance. Pieces by Louis and Francois Couperin were competent but lacked space and breadth. Further works by Jacques Duphly and Jean-Henri D’anglebert revealed tasteful ornamentation and a restrained palette– perhaps overly restrained. Every note, every dynamic, in these works was faithfully reproduced but it all felt a little rote, a little mechanical. Nagano’s proficiency on this instrument was clear, but his heart wasn’t in it.

This observation was reinforced by the second half of the program. From the opening bars of Erik Satie’s “Gymnopedie I”, a change came over the audience. People sat up, or leant forward. They began to really pay attention. When Nagano launched into Olivier Messiaen’s furious “Ile de Feu I”, there were audible gasps across the room. One struggled to imagine it could be the same performer – that somehow this dispassionate harpsichordist had metamorphosed into a world-class virtuoso during the 15-minute interval.

Nagano’s Messiaen was breathtaking. Wildly clashing sonorities and sparkling interjections were rendered effortlessly in this difficult pointillistic work. Nagano drew chimes and explosions from the piano. His additive rhythms were commanding, and absolutely precise.

From Messiaen, Nagano bounded into André Jolivet’s angular and beautiful “L’oiseau” (from “Mana”). This work spans huge textural, dynamic and timbral divides. Nagano’s use of white space and gesture was elegant. To Gabriel Faure and Francis Poulenc, he brought soprano timbres to the right hand, in effortless sweeping phrases.

“Portrait in French Music” concluded with a suite of short pieces by Impressionist master Claude Debussy. Nagano’s rendition of “1er Arabesque” illustrated a technical freedom, a fluency, that was missing from his earlier harpsichord performance.

In the kaleidoscopic “Poissons d’Or”, Nagano let the left hand carry the motion of fish in a lake, his underscoring of parallelism revealed deep understanding of the impressionistic language. His interpretation of “Brouillard” was mysterious, occult. A watercolour use of pedal-generated sotto voce passages, from which bell tones emerged with astonishing clarity.

And, like every great showman, Nagano ended with a bang – his performance of Debussy’s “L’Isle joyeuse”. Opening trills disintegrated to cascading dissonance. The balance between clarity and obscurity, was as artful as a Monet painting. Nagano’s shaping of phrases was illustrative – birds, water, light falling over water. It was beautiful. And while it was worth enduring the first half of the concert to hear the second, Nagano’s patently obvious affinity with 20th century piano music left one wondering why he played anything else at all.