It’s rare to hear a show of such ingenious music. The strong performances from the cast and musicians created something new and enlightening about what could be considered just a piece of technology. But it works, it worked on many levels.

“Flight Memory” is directed by The Street’s artistic director Caroline Stacey. The minimal set, which looked a bit like the pointy end of a plane, was somewhat of a contrast to the highly active and entertaining music and singing. The constantly changing and effective lighting by Niklas Pajanti added so much to the story within the show. It’s quite amazing to see just how much can be done on stage with so little in the way of props and changing stage sets, but it worked and added character to the story.

The stage set never changed, but it helped to frame the singers in different positions. This made the songs more effective and added contrast and weight to the action and the story, while the music went through a cavalcade of sounds.

The music crossed several styles but at its heart, a constant jazz beat gelled the varieties together. “Flight Memory” tells a sonic story, combined with a real-life story and the struggle to get Australian inventions recognised in Australia; this was a strong component.

Every song stood on its own. The highly inventive and very well-composed music was backed up with excellent performances and singing from the three leads, especially the voices of Leisa Keen and Michelle Nicolle. They combined jazz and musical theatre styles while supporting each other through their strong, and at times comical and sad, portrayal of the life of David Warren.

The singers played out conversations between air traffic control operators and pilots. They acted out real-life scenarios that happen while onboard airplanes. Recorded aircraft sounds added to the effect of an authentic flying experience.

“Flight Memory” is a bold and dynamic work. The original music came across almost as a new genre, such was the inventiveness of all the compositions. Perhaps it could be called Progressive Jazz. It did offer a similar experience to what the amazing Prog Rock genre presented, made famous in the 1970s by the likes of Pink Floyd and Emerson, Lake and Palmer.

The production values, music, singing, concept, and performance is something the team that brought it all together can be very proud of. It’s worth seeing again. 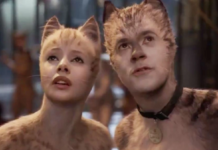