FOR Reconciliation Eve, some of the strongest voices in the country are coming together to honour the anniversary of the 1967 Referendum. Rapper Briggs takes the stage with Australian icons Yothu Yindi & the Treaty Project for a celebration of “Blak Excellence”, joined by Alice Skye and Emily Wurramara. Canberra Theatre 6.30pm, May 26. Bookings to canberratheatrecentre.com.au or 6275 2700.

CANBERRA’s Maruki Orchestra returns for a big day out with Wagner’s “Meistersingers” prelude, Beethoven’s Symphony No.4, Saint-Saens’ “Danse Macabre” and Dvorak Symphony’s No.8, conducted by John Gould with soloist Peter Ellis. Albert Hall, Commonwealth Avenue, 3pm-5pm, Sunday, May 26. Bookings to marukicommunityorchestra.org.au or at the door.

THE Human Rights Arts & Film Festival returns to Canberra, with five films screening at Arc cinema from May 23 to 26. Opening night is headlined by “Stop the Boats”, a documentary which explores the experiences of asylum seekers on Manus Island and Nauru. It’s followed by a Q&A with director Simon Kurian and journalist Behrouz Boochani (live from Manus via Skype). Booking and all program details to hraff.org.au

ORIANA Chorale, conducted by Dan Walker has built a concert around the seasons which includes works by Samuel Barber, Gustav Holst, Stanford, Gjeilo and other composers, including Walker himself. Fitters’ Workshop, Kingston, 4pm, Saturday, May 25, bookings to trybooking.com

MUSICIANS from the Canberra Symphony Orchestra will again join School of Music staff and students in 2019 to form the Side by Side Chamber Orchestra under the baton of conductor Max McBride. They’ll be joined by guest soloist Andrew Blanch to open the concert with a rendition of Vivaldi’s Guitar Concerto. At Llewellyn Hall, 7.30pm, Friday, May 24. Bookings to eventbrite.com.au

THE 40-piece Canberra wind ensemble will perform “The Power and the Passion” at The Q, Queanbeyan Performing Arts Centre, 8pm, Friday, May 24. Bookings to theq.net.au or 6285 6290.

THE German Film Festival will open with Michael Herbig’s “Ballon”, the true story of two ordinary families who escape from east to west Germany in a homemade hot air balloon. A highlight for art lovers will be “Bauhaus Spirit: 100 Years of Bauhaus”. Palace Electric Cinemas, until June 9, bookings to palacecinemas.com.au

“CANBERRA Live” is a brand-new music festival dedicated to supporting local musicians, with door prizes, including an electric guitar and amplifier, and a line-up of 15 bands playing for more than 10 hours. Harmonie German Club, Narrabundah, opens noon, Sunday, May 26. Bookings to trybooking.com or tickets at the door.

BAROQUE ensemble Limestone Consort will present a program of Trio Sonatas in the Autumn Concert Series recitals. Braidwood Uniting Church, corner of Monkittee and Duncan Streets, Braidwood, 2pm, Sunday, May 26. Tickets at the door from 1.30pm, cash only, afternoon tea will follow.

THE 50 piece Band of the Royal Military College will be presenting the Canberra premiere of Johan de Meij’s “Extreme Makeover”, a modern take on Tchaikovsky’s most memorable themes, complemented with popular classics including Bernstein’s “Symphonic Dances from West Side Story”, and Mussorgsky’s “Pictures at an Exhibition”. All proceeds will go directly to Legacy Australia. Llewellyn Hall, 2pm, Saturday, May 25. Entry by donation. 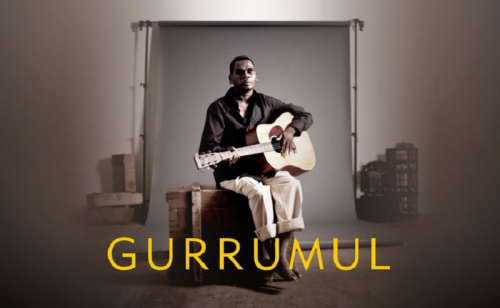 FOR Reconciliation Week there will be a public screening of “Gurrumul” at Palace Electric Cinemas, 6pm-8.30pm, Thursday, May 23. Ticket includes popcorn, a choc top, a bottle of water and a drink. Come and learn the story of one of Australia’s most celebrated and important voices. Proceeds go to the Ngunnawal Elder’s Fund. Bookings to palacecinemas.com.au

CANBERRA String Festival is an AUSTA ACT event presented in partnership with the Wesley Music Foundation. 6pm-8pm, Friday, May 24; 9am-7pm, Saturday, May 25 and 1pm-6pm, Sunday, May 26. Entry by program donation.

THE Wesley Music Scholarship Program, which supports young and talented musicians, begun in 1994, and famed mezzo-soprano Catherine s Carby was in that first group. “The Silver Concert: Catherine Carby & Wesley Music Scholars” will be at Wesley Uniting Church, 3pm, Sunday, May 26. Bookings to trybooking.com or at the door.

DALE’s Ballroom Dancing will give a live performance of the foxtrot, quickstep, waltz, rumba, cha cha, new vogue and other dances at South Side Dance & Live Performance, Lyons Scout Hall, Tooms Place, 5pm, this Sunday, May 26. Doors open 4pm. Cash at the door. All profits to the “My Home” project in Curtin for people who are homeless.