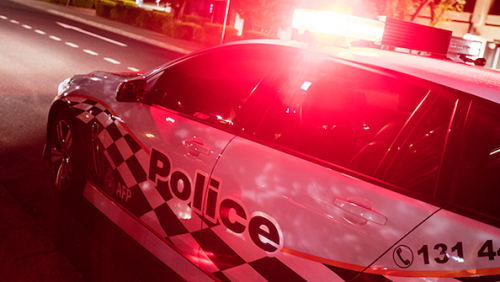 IT was a “near-miss” at an accident site this afternoon (Friday, January 18) when a vehicle, which is of interest to police, sped through a road block, putting people in danger.

A motorcycle officer, who was at a nearby traffic diversion on William Hovel Drive, saw the dark blue VT model Holden Commodore sedan stopped at the intersection on Bindubi Street at about 2.40pm.

The driver accelerated through the road block, travelling at an excessive speed along William Hovel Drive towards a traffic accident on Parkes Way, where a truck had rolled on its side, spilling its load of dirt, blocking the road.

Recognising the danger to police and others at the accident site, the motorcycle officer activated lights and sirens in an effort to warn them about the car approaching.

Alerted by the motorcycle’s approaching sirens, police and others quickly got out of the way as the vehicle sped through.

Police are asking anyone with dash-cam footage or witnesses to call 1800333 000, or report via the Crime Stoppers ACT website.