THE Select Committee on Fuel Pricing is recommending an ongoing monitoring of petrol prices around Canberra in its final report, which was presented to the Legislative Assembly today (September 17). 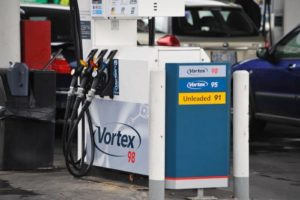 Committee chair Tara Cheyne detailed the committee’s inquiry and report process and its five recommendations that provided the committee’s final response to the many submissions, detailed evidence and wide range of material on fuel pricing considered  – particularly the responses from Canberrans to an online community survey.

The committee’s five recommendations are:

a)         Regular analysis and reporting on the function and performance of the ACT fuel market for a given period, including price movements, comparison with markets surrounding and adjoining the ACT, and the prevailing terminal gate price; and,

b)         Oversight and reporting on any price monitoring scheme implemented in the ACT.

c)         The scope of the committee could also be broadened to inquire into other markets that have a significant impact on ACT consumers.

The committee recommends that the ACT government be proactive in approaching independent operators directly when considering the addition of new service stations in the ACT and, in doing so:

a)         Consider setting aside land for independent operations and/or prioritising new sites which provide high visibility to consumers;

b)         Consider and report on the feasibility of introducing concessions for independent operators entering the ACT market, including payroll tax concessions, rates concessions or concessional leases;

c)         Ensure that the introduction of any proposals in this recommendation strike a balance between the potential to attract and accommodate discount retailers without unfairly distorting the ACT fuel market.

The committee recommends that the ACT government initiate a real-time, mandatory price-monitoring scheme similar to the FuelCheck scheme operating in NSW and, in doing so:

a)         Investigate the feasibility of NSW FuelCheck adapting to incorporate the ACT market;

b)         Ensure that accurately capturing, recording and publishing ACT fuel prices through a government-regulated body enhances the transparency of prices; and,

c)         Arm consumers with the ability to more easily shop around and take advantage of cheaper prices;

d)         Ensure that data captured as part of such a mandated scheme is available in real-time as open source public information for use in other apps, websites etcetera.

The committee recommends that the ACT government continue to provide public, accessible education programs and sources about fuel prices to ACT consumers, enhancing what is already available.

The committee recommends that the ACT government analyse the comparative level of costs, taxes and rates that service station operators are paying within and outside the ACT, comparing like sites, and report to the Assembly by March 2020. This report should detail any potential change in costs of doing business in the ACT which would result in lower fuel prices.

The report is here.