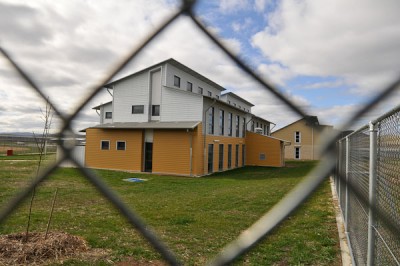 THE Justice and Community Safety Directorate (JACS) is considering the early release of some detainees during the coronavirus crisis but a Canberra professor in criminology says the government needs to act faster.

“Looking at the experiences from overseas, it’s only a matter of time before there are widespread coronavirus cases in prisons here,” says Prof Lorana Bartels, who is a criminology program leader at the ANU Centre for Social Research and Methods.

Prof Bartels is currently looking into what will happen if the coronavirus makes its way into prisons here.

“Governments everywhere are trying to grapple with these issues but they need to act fast,” she says.

“The challenge is to act soon, to protect people in prisons and the broader community.

“What they’ve done in many countries overseas is release prisoners in certain categories early.”

In NSW, under emergency powers announced earlier in the week, the corrections minister now has the power to release or parole prisoners who are nearing their end-of-sentence. Serious offenders are excluded.

A JACS spokesperson says they are aware that the NSW Parliament is currently considering this issue, and that it will be considered here, too.

“This proposal will be considered as part of ongoing efforts to ensure the safety of detainees and staff at the Alexander Maconochie Centre,” the spokesperson says.

If prisoners are released early, there also remains the challenge of where inmates, who may not have a home, go.

“Many people who are in and out of prison do not have stable housing in the community,” Prof Bartels says.

“Options that are being explored overseas are, for example, using hotel rooms which might otherwise be vacant.

“There’s no one simple perfect answer in this situation.

“There are long public housing wait lists at the best of times.”

Prof Bartels says there’s also questions to be asked about whether or not prisoners are able to talk to family and friends after social visits were suspended from the Alexander Maconochie Centre on March 22 until further notice.

She understands that steps have been taken and prisoners have been given access to computer tablets.

The JACS spokesperson says the ACT Corrective Services has commenced the use of video visits using the video communication programme “ZOOM” to help reduce the impact to detainees and families while in person social visits are suspended.

“All legal and professional visits will continue at the Alexander Maconochie Centre at this time and further notice will be provided to staff, detainees and visitors if this changes,” the spokesperson says.

“ACT Corrective Services will continue to work together with other jurisdictions during this time to help minimise the effect that these changes may have on detainees and their families.”

The JACS spokesperson says further mechanisms have been introduced to keep detainees and staff safe during this time. These include the encouragement of detainees to practice good hygiene, the suspension of social visits and increased access to health services.