CANBERRA-based Indonesian artist Rinaldo Hartanto explores the cultural implications of running “amok”, collective anger, in his new online show for ANCA Gallery, “Mythopoeia”. At the same site, Karyn Fearnside exhibits her textile project “Climate Grief Hanky Project”, which asked participants to sew the likeness of an Australian animal onto a handkerchief with black thread. Both exhibitions are viewable at anca.net.au/gallery until May 27.

“THE Story of the Oars” is a new play by Nigel Featherstone. It’s summer in Australia, 1987 and three teenage brothers drown in a large, ephemeral lake. Thirty years later, with the lake now dry, four strangers unburden themselves of the truth. With Zsuzsi Soboslay as director and Anne-Louise Rentell as dramaturg, the play will be workshopped via Zoom as part of The Street Theatre’s continuing “First Seen” project. 5pm, Friday, May 15. Registrations here.

GOULBURN Mulwaree Library is closed until further notice but for members (it’s easy to join online) it seems there has never been a better time to explore its free online resources, including Kanopy, an on-demand film streaming service with more than 30,000 films. Available here. 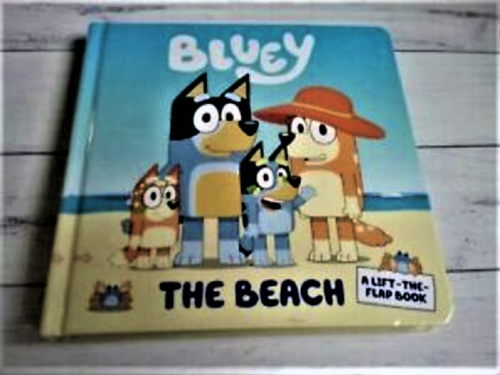 THE 2020 Australian Book Industry Awards winners have been announced in a virtual event streamed live on YouTube. Book of the Year is “Bluey: The Beach”, the first children’s picture book to win. Based on the ABC Kids’ show, it’s published by Ludo Studio, BBC Studios and Penguin Random House Australia.

THE Australian Music Examinations Board has developed an ongoing series of webinars, called “Break the Isolation”. As well, the AMEB is offering its Grades 1, 2 and 3 Theory of Music courses free until June 30 — 30,000 people have already signed up at ameb.edu.au