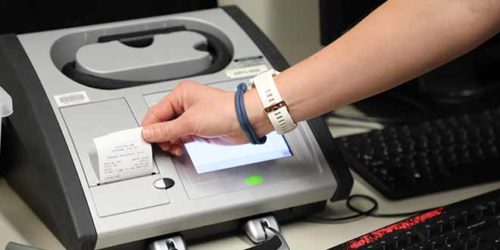 CANBERRA police have noticed a spike in drink driving, with seven motorists caught driving at more than double the legal alcohol limit over the past week.

“For those who make the incredibly dumb decision to drink and drive, be prepared for the consequences, you will be caught,” says acting officer in charge of road policing, detective sergeant Ivan Naspe after a four-day spike in drunk drivers, including a man involved in a two-car crash.

The man, a 36-year-old Hawker man, recorded a blood alcohol content (BAC) of 0.230, which is more than four times the legal limit, after he was involved in a two car collision in Weetangera on Thursday.

On Saturday night a 34-year-old Latham man received his fifth drink driving offence after recording a BAC of 0.180, and a Braddon man, 29, was breath tested after failing to stop for police in Aranda. He was stopped in O’Connor and returned a BAC of 0.108. He was arrested and charged with failure to stop and prescribed concentration of alcohol offences.

“This is not a new message, everybody knows driving while intoxicated is dangerous and can have horrific consequences for the driver, passengers and anyone else unfortunate enough to encounter a drunk driver on the road,” he says.

All of the seven people detected will appear in court.

Review - August 2, 2020
0
The Luminescence Chamber Ensemble has returned to live performance and reviewer TONY MAGEE was there.