“There is a growing fear in the Aboriginal community that the government is signalling when it comes to listening to Aboriginal voices it’s a case of ‘our way or the highway’,” writes JULIE TONGS.

THE ACT government has provided a response, but has implemented none of the recommendations in the “Our Booris, Our Way” review of arrangements for the care and protection of Aboriginal children.

The review was commissioned by the government in June, 2017, more than three years ago, in response to outrage in the local Aboriginal and Torres Strait Islander community at the rate of removal of Aboriginal children from their families and placement in out-of-home care in Canberra, which was scandalously the highest in Australia.

“Our Booris, Our Way” was undertaken by a steering committee of members of the Aboriginal and Torres Strait Islander community under the leadership of Ms Barb Causon. In recognition of the dire outcomes Aboriginal children in Canberra in touch with the care and protection system were experiencing, the steering committee resolved to produce a series of interim reports over the period of its inquiry, to facilitate the early implementation of any recommendations.

The initial “Our Booris, Our Way” recommendations were thus made in August 2018, i.e. over two years ago. In its response to the final report, the government agreed to the appointment of an implementation oversight committee, comprised solely of Aboriginal and Torres Strait Islander members, to monitor the report’s implementation.

The fact that a majority of even the interim recommendations have either not been implemented or have only been partially implemented is causing serious frustration and alarm within the Aboriginal community.

It is particularly telling that the oversight committee has openly advised that it shares my concern and that of the broader community at what is seen as an inordinately slow pace of implementation of the recommendations as well as evidence that the meaning and intent of recommendations is being deliberately skewed.

An audit of progress in the implementation of the 15 interim recommendations made by the steering committee, nine of which were made in 2018, reveals just how casual the government’s response to the needs of Aboriginal children in care and protection has been.

Recommendations 2 and 3 (August, 2018) are that the Aboriginal and Torres Strait Islander Child Placement Principles (ATSICPP) be embedded in practice in the ACT.

A fundamental tenet of the ATSICPP is that all decisions involving an Aboriginal child in touch with care and protection be informed by advice from an Aboriginal Community Controlled organisation. The government purportedly agreed to these recommendations in 2018. However, since that time there has been no apparent attempt to either engage with an existing Aboriginal community controlled organisation or to build capacity within the ACT to fulfil this vital role.

Indeed, it is widely understood that the ACT government either has already done so or intends to simply roll over the contract with the existing non-Aboriginal mainstream organisations who have over the last five years, through the ACT Together consortium, usurped the role of Aboriginal community-controlled organisations in this regard.

If that is in fact the ACT government’s intention it would be viewed by the Aboriginal community as a total betrayal of its claimed support for systemic reform and the child-placement principles.

There are also high levels of concern about whether the intent of Recommendation 1, which is that child protection workers working with Aboriginal families not only have the highest possible training but demonstrated cultural awareness and, importantly, a strong desire, if not preference, for working with Aboriginal children, has been met.

Recommendation 5 (December, 2018) is that the ATSICPP be explicitly enshrined in legislation. There are legislative precedents in the states, most particularly Queensland and Victoria, which could appropriately act as a guide or model for the ACT but it appears, from the government response, that the Community Services Directorate has, after nearly two years, made no progress in the drafting of the recommended amendments.

Recommendation 6 (December, 2018) goes to the heart of the importance of Aboriginal community-controlled organisations being central to the response to the needs of Aboriginal children in touch or at risk of coming into touch with the child-protection system. It urges the establishment and funding of an Aboriginal community-controlled Child Care Association. Again, almost two years after this interim recommendation was made, it has received little more than lip service.

The “Our Booris, Our Way” steering committee made a total of 35 recommendations and the picture I have painted above is a snapshot of the nature of the government’s less-than-urgent response to the report.

However, I will conclude by expressing my particular disappointment that the government has accorded no priority to accepting, let alone implementing, a recommendation to mirror the actions of progressive governments in SA, Queensland and Victoria and appoint an Aboriginal and Torres Strait Islander children’s commissioner.

This appointment was rightly seen by the “Our Booris” steering committee as potentially transformative in maintaining a focus on and meeting the needs of the most vulnerable and disadvantaged residents of Canberra, namely Aboriginal children.

There is a growing fear in the Aboriginal community that in its response to “Our Booris, Our Way” the government is signalling that when it comes to listening to Aboriginal voices it is a case of “our way or the highway”.

Julie Tongs is the CEO of Winnunga Nimmityjah Aboriginal Health and Community Service. 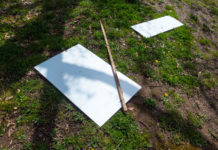