AN illustrated 46-page history of Southeast Asia aimed at young people has been published by HarperCollins, and it’s done the rounds as far afield as Dili.

“All Of Us” is the work of noted former Australian Children’s Laureate Jackie French, social historian and ANU scholar, Virginia Hooker and illustrator, Mark Wilson.

In the book, two children journey through the history of Southeast Asia, lands linked to each other and Australia by the seas and monsoon winds. 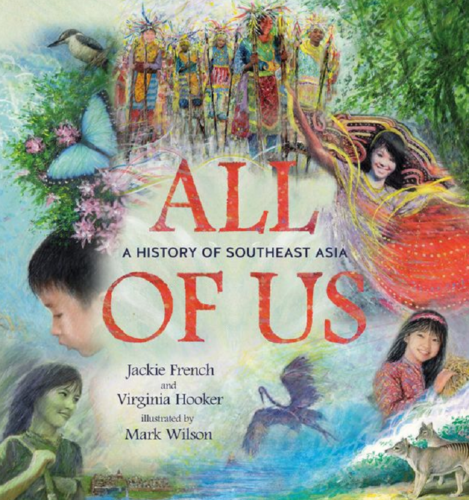 Together they discover a world filled with traders, adventurers and conquerors, the struggles for independence they witness, and the arrival of the new millennium.

Hooker, who stresses that the work is a team effort, told us they were especially pleased to learn that the book had been read to children in a library in Timor Leste by Lisa Roberts, wife to the Australian ambassador.

The book is aimed at years 6 and 7 students of “Asia and Australia’s Engagement with Asia” under the Australian curriculum, but is open to a wider readership, too.

“All Of Us” HarperCollins, $29.99, available at all good bookshops.