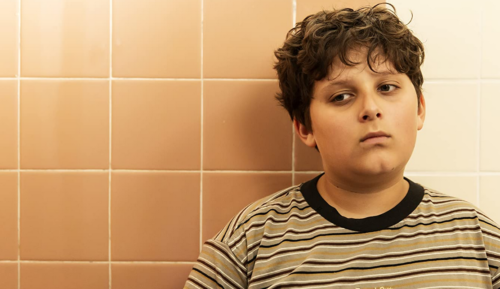 WHEN the 67th Sydney Film Festival launches on June 10, there’ll be a Canberra name among the credits for a new movie.

It’s one of three short film works as part of “Screenability”, a platform for screen practitioners with disability.

Terry, a cheeky adolescent with a disability and a racy tongue, finds himself in emergency care in a Western suburbs motel in Sydney after his mum is arrested. In a script full of fast-moving repartee, he outwits one of his guardians and befriends the other.

It’s the first film by star New Zealand-born theatre director Anthea Williams, awarded for her productions of “Hir” and  ”Since Ali Died”. It also features veteran actors Nikki Shiels and former Hawker College student Steve Rodgers and is produced by Naomi Just from Mischief Media, who has strong Canberra connections.

I caught up with Will just before he was heading to classes at Canberra High, which he calls “a really good school”, although he admits he hasn’t seen much of it during lockdown.

He’s no stranger to these pages, having reviewed for roles including one of Fagin’s boys in last year’s Queanbeyan Players production of “Oliver!” and The Dormouse in Ickle Pickle Productions’ production of “Alice in Wonderland” in 2018, opposite his dad Jim Adamik as The Mad Hatter and directed by his mum, Jordan Best.

Will is also a vocalist, studying at the Bec Taylor School of Music, to which he won a scholarship and where, through its “Bandmates” initiative, he learns the basics of keys, drumming, guitar and singing in a small-group learning environment.

“Apparently you eventually get released into the wide world,” he says.

He’s never been on screen before, but the chance came about when his auntie (Sydney actor Blazey Best) tweeted Jordan to say that there was a role coming up for which Will would be suited.

Will lives with a form of cerebral palsy called hemiplegia, which causes muscle weakness on one side of the body. Through it, he’s developed an awareness of the need for more assertiveness on the part of children with disability and more awareness in the wider community.

“Because I have a disability I do like the opportunity to speak up and I hope that when people see a disabled kid acting, that may go slightly towards the cause,” he says.

He did an initial Skype audition then went to Sydney for a call-back. The film was shot on location in Sydney over two days early this year, with a rehearsal the day before. When he turned up for the first day on set, having never done any camera work before, he was quite overwhelmed by the size of the crew and the piles of equipment.

That first day was his 13th birthday. The cast and crew got him a cheesecake with his name on it, sang “Happy Birthday” and gave him a Metallica book.

After COVID-19 lockdown started, Mischief Media asked for some lines to be re-recorded, so that was done in Jordan and Jim’s spare room on a borrowed mic, with mattresses to soften the sound.

The experience was intense for Will, but he says, “Anthea was lovely and supportive, so it was a really good experience”. And as for the role of Terry, “it was a fun role to get immersed in, but he’s a bit of a smart arse”.

So to the future. Will comes from a musical family. Jordan is an accomplished cellist and he has a vague recollection of joining her on stage at Smiths when he was little, with a toy guitar.

Will’s grandfather Peter Best is Australia’s most famous screen composer, responsible for the theme music for the “Life. Be in it” and “Slip Slop Slap” campaigns, as well as the scores to movies like “The Adventures of Barry McKenzie”, “Muriel’s Wedding” and, Will’s favourite, “Crocodile Dundee”.

As grandpas go, he reports, he is “awesome and great”.

So, although he’s seen a lot of plays and loves theatre and film, young William Best’s main passion is to become a singer – “like Freddie Mercury”.

CityNews - July 15, 2020
0
Police were forced to use road spikes to stop a Hackett woman driving dangerously early this morning (July 15).