A rates freeze amid the fires and the Greens get upset… with themselves. Another ‘Seven Days’ in the life of Canberra with IAN MEIKLE.

ANOTHER week of grinding Groundhog Days as the city grimly lives through another tense seven days (and more) of fire news.

The good was that the Beard Fire, the one that started in Walter Burley Griffin’s redwood forest in Pialligo, closed the airport and scared the bejesus out of people in Oaks Estate, had been extinguished and the State of Emergency was lifted.

The bad was the roaring, uncontrolled blaze from Namadgi National Park seriously toasting our southern suburban toes by week’s end and scaring the bejesus out of people in Tharwa and Banks.

Who’d even heard of Orroral Valley before an Army helicopter unwittingly started the fire that led the Chief Minister Andrew Barr to light the psychological tinder of the town by describing it as the potentially worst threat to the capital since the devastation of 2003.

“It is deeply regrettable that our support operations have likely started this fire,” intoned a sullenly embarrassed media statement from Defence.

Reading between the lines, one got the sense they were trying hard to be extra helpful in getting this menacing fire snuffed out and one really smart thing they did was airlift 26 endangered eastern bettongs from the incrementally threatened Tidbinbilla Nature Reserve to safety at Mt Rothwell in Victoria with the promise of brush-tailed rock-wallabies to follow.

Full credit to the Parks and Conservation people for having the wit to get moving on protecting precious wildlife. Two critically endangered southern brush-tailed rock-wallabies and two yellow-footed rock-wallabies, which require ongoing care, are joining seven platypus, which have been at Taronga Zoo since late December.

A small group of critical breeding Northern Corroboree Frogs and Tidbinbilla’s captive koalas have taken up residence in purpose-built facilities at the ANU. The animals will all come home when conditions improve.

ABOUT the only thing offering respite from this endless hell of heat, smoke and bushfires is some freezing news from the Canberra Liberals.

They are promising to freeze rates for the next four years. All they have to do is get into government on Saturday, October 17 and, boom, Canberra ratepayers can have a four-year break from any rises, not even cost-of-living. Nothing.

Opposition Leader Alistair Coe is nonplussed by the cost of the promise, explaining to me on the “CityNews Sunday Roast” (2CC, Sundays, 10am-noon) that housing rates only constitute 10 per cent of the ACT government’s total income and freezing the increases would cost, he reckons, only 0.5 per cent of the tax take (we get a big chunk of change from the feds in GST payments).

The only problem for the Libs with this promise is year five! We’re halfway through the 20-year rates reform plan and this coming year Labor will reef $697 million from the householders of Canberra, up from $209 million. That’s triple rates since 2012, and how we laughed when the Libs warned us of this in that election year.

“HAVE you heard the disappointing news about the ACT government’s plans for trees in Canberra?”

No, but here’s long-time cabinet minister and Greens leader Shane Rattenbury ratting to the party faithful that the Greens committed the government to a 30 per cent tree canopy target, “yet frustratingly, at the first step, the government has stumbled”.

Oh, no, what to do, Shane? That terrible “Planning Minister has just proposed changes to planning laws that won’t deliver anywhere near the number of trees that were promised. For some developments, like multi-units, this could be as low as 15 per cent – half of what was agreed to. The proposal allows developers to continue profiting from the erosion of public space in our city.” 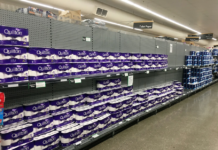