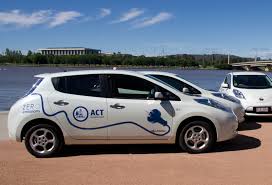 ELECTRIC vehicle (EV) owners could get paid for putting electricity from their car batteries back into the grid, if a new Canberra trial is successful.

The Realising Electric Vehicle to Grid Services (REVS) project aims to create a new business model to unlock the potential of electric vehicles to help the power grid when the cars are not in use.

Acting Climate Change Minister Mick Gentleman says: “If the project is successful, fleet owners will be paid for putting electricity from their car batteries back into the grid. In the future, we hope this can extend to Canberrans’ privately owned electric vehicles.”

“This has the potential to improve financial incentives for buying electric vehicles, which will be crucial for reducing ACT’s transport emissions. The new system could be particularly beneficial during times of peak power usage as a way of balancing renewable energy delivered into the grid,” he says.

The Realising Electric Vehicle to Grid Services project is co-funded by the Australian Renewable Energy Agency (ARENA) and the ACT government and led by ActewAGL.

CityNews - July 30, 2020
0
A Griffith man has been charged after he allegedly stalked someone for two and half years.