“What makes the Canberra Liberals so extreme? With just a few hundred members, the branch is about the size of the ACT’s Dante Alighieri Society. This makes it prone to takeover by reactionary forces,” writes federal Labor MP ANDREW LEIGH.

Except one. In the ACT, Canberra Liberal leader Alistair Coe opposed marriage equality. Three out of four Canberrans voted yes to marriage equality, the highest share in Australia. Yet Canberra was the only place where a major party leader voted no.

Marriage equality isn’t just an isolated incident. On a broad swathe of issues, the Canberra Liberals have shown themselves not just to be more conservative than the typical Canberran, but to be the most conservative Liberal branch in Australia.

The Canberra Liberals opposed the National Arboretum. They opposed light rail. They opposed reducing stamp duty for new-home buyers: a tax reform that other jurisdictions are now looking to emulate.

On climate change, they claim to support a zero-emissions target, but oppose the measures that would get us there, including voting against the ACT’s Energy Efficiency Improvement Scheme. Echoing Scott Morrison’s claim that electric vehicles will “end the weekend”, the Canberra Liberals claim that the Barr government plan to “ban cars”. With this much hot air, the party may soon have to register as a major emitter.

Now, I realise that claiming the ACT Liberals are the most right-wing branch in Australia is a big call, so let’s take a look at the competition. In 2014, NT Country Liberal Party MLA Dave Tollner was forced to resign after making homophobic slurs against the gay son of a colleague. The next year, CLP MLA John Elferink told a female Labor member during a debate that he was “really tempted to give her a slap right now, figuratively speaking”.

In the NSW Liberal government, Police Minister David Elliott has enthusiastically defended the police’s ability to strip-search minors and described Black Lives Matter protestors as “certifiably insane”. Last year, Elliott was involved in a traffic altercation with a 17-year-old, who he claimed had clipped his Lexus. In response, Elliott allegedly grabbed the teenager’s arm and said he “worked for the cops”. When the boy asked to see Elliott’s badge, the minister replied: “I pay for the badges, I don’t get one”.

But the Canberra Liberals have given Liberals in other states a run for their money. They claim that the anti-bullying Safe Schools program “traumatises” and “grooms” children, despite clear evidence of the high rates of mental distress among LGBT+ teens.

They opposed the creation of a no-protest space around the Civic health centre, so that women seeking advice on legal pregnancy termination can do so without being harassed. Some members of the Canberra Liberals want to wind the clock back on abortion rights. Liberal candidate Jacob Vadakkedathu called Quentin Bryce’s support for Australian Republicanism “disgusting and laughable”. Odd stuff from someone who hopes to represent the territory that recorded the highest support for a republic in the 1999 referendum.

Canberrans pride ourselves on our multicultural diversity. Yet the party director of the Canberra Liberals, Josh Manuatu, once defended a television host who called for a ban on Muslim migration to Australia. So much for the principle that our immigration system should not discriminate by race, ethnicity or religion.

If Manuatu’s name rings a bell, it might be because he has previously worked for Eric Abetz, one of the country’s most conservative politicians. Then, as a staffer to Angus Taylor, Manuatu was embroiled in a scandal involving the forgery of a Sydney City Council report in a bungled attempt to embarrass Clover Moore. He also believes the ABC should be privatised.

What makes the Canberra Liberals so extreme? With just a few hundred members, the branch is about the size of the ACT’s Dante Alighieri Society. This makes it prone to takeover by reactionary forces. This was vividly demonstrated in 2013, when Zed Seselja ambushed Gary Humphries in the Senate preselection vote.

Before entering the Senate, Humphries was the last Liberal to serve as Chief Minister – the kind of centrist conservative that Canberrans could support. But in a remarkable show of force, Seselja organised every Liberal MLA to sign a letter opposing Humphries. Seselja won the preselection by 168 votes to 138.

Humphries’ moderate credentials were demonstrated by his willingness to cross the floor to vote against the Howard government when the interests of the ACT were at stake. By contrast, Seselja has been one of the most conservative members of the federal Liberal Party, backing cuts to penalty rates that were too radical for Michaelia Cash and abstaining from the same-sex marriage vote in the parliament. When Peter Dutton made his quixotic tilt for leadership, Seselja was one of his key lieutenants.

Humphries, and many other moderates, have now quit the Canberra Liberal Party. Party membership is now so low that the Liberal preselection in Brindabella attracted just 34 votes.

Over the coming months, we can expect plenty of dirty political tricks. Last year, the Canberra Liberals were willing to imply that federal Labor was going to reintroduce an inheritance tax, a policy that Labor has not supported since 1979. So be prepared for plenty more black trucks, festooned with a farrago of falsehoods. Canberrans deserve better.

Andrew Leigh is the Federal Labor Member for Fenner at andrewleigh.com 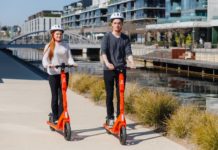 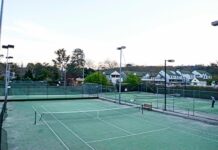 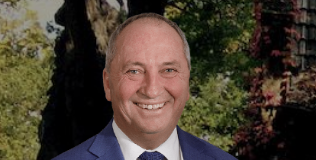 Michelle Grattan - June 21, 2021
0
Barnaby Joyce has blasted Michael McCormack out to seize back his old job of Nationals leader.