THE days of the “McMansion” could be numbered and ACT Property Council’s new president Arabella Rohde said the solution to greater diversity in housing lies somewhere between a large home and unit – the “missing middle”.

Ms Rohde, the council’s first female president, argues now is the time to change our approach to where and how we live.

“One of the great things about Canberra is our diverse community, but I’m not sure that diversity is reflected in the housing, I’d like to see greater emphasis on the missing middle,” Ms Rohde said.

The “missing middle” – neither a tiny home, nor a typical suburban house; think terraces or townhouses built to fit into existing residential neighbourhoods, encouraging people to live, work and shop locally.

An example of that is in Crace, Ms Rohde said.

“It could be a townhouse in a complex or a townhouse on a single lot. There are a few examples of that in Crace where you have a number of single-lot terraces, so similar to what you would see in Sydney or Melbourne,” she said.

Ms Rohde, a Lendlease Development senior manager, said there are strong demographic drivers for a more diverse range of housing in the ACT.

She said not all current and future households want single, stand-alone houses or multi-storey apartments.

A four-bedroom home on a block in the suburbs sounds like the Australian dream, but such homes are becoming unaffordable and unsuitable for modern life.

“One of the aspects from the missing middle is what is happening predominantly in Canberra where there is either apartment or single-lot housing,” she said.

“There are some great townhouse developments, but are they necessarily affordable? Where are they happening? Are they only happening in the inner areas and if so, where else do we need that style of home to be provided?”

Ms Rohde, who started her career as a town planner in the ACT, is also passionate about developing suitable housing for the city’s elderly population.

“The ageing population is not just a challenge locally it’s a national and international challenge and we need to think about how we are accommodating them so they can stay within their communities and have access to services and facilities,” she said.

Ms Rohde takes on the role as president following a rocky year for the industry and said one of the ACT’s biggest challenges will be fast tracking approvals for residential development projects.

“It can vary on different projects, but the cycle from idea to on-the-ground can be anywhere between four to five years,” Ms Rohde said.

“One of the good things during covid was that the government responded positively to clearing out some of the blockage in the development application (DA) system; they put extra resources in so they could be processed efficiently, and so we need to ensure that continues and there’s a steady stream of approvals and a streamlined approval process.”

Ms Rohde has worked in property development and urban planning for 20 years and counts the Forde master-plan community, the 4 National precinct in Barton and Winyu House, a state-of-the-art ACT government office block in Gungahlin, as some of her favourite projects.

“It’s so rewarding delivering a project that successfully balances technical aspects, community aspects and design elements all together,” she said.

“And there’s strong linkages to how we feel in our community that’s driven by our built environment.”

“As a kid I loved building things, I had a cubby house that I remodelled every other week, adding rooms and creating different zones,” she said.

“Dad was an engineer and he would come along and inspect my work and would often fail it structurally.

“I made villages from Lego and was a big fan of SimCity, I guess that’s where my love affair for property began.”

She hopes her two-year tenure in the top job will inspire more women to take up careers within the property industry.

“You can’t be what you can’t see, so seeing a whole lot of female leaders means young women can aspire to those kinds of roles.” 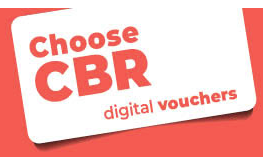 CityNews - June 10, 2021
0
The ACT government has been forced to suspend its ChooseCBR scheme after experiencing technical issues since its launch on Wednesday.