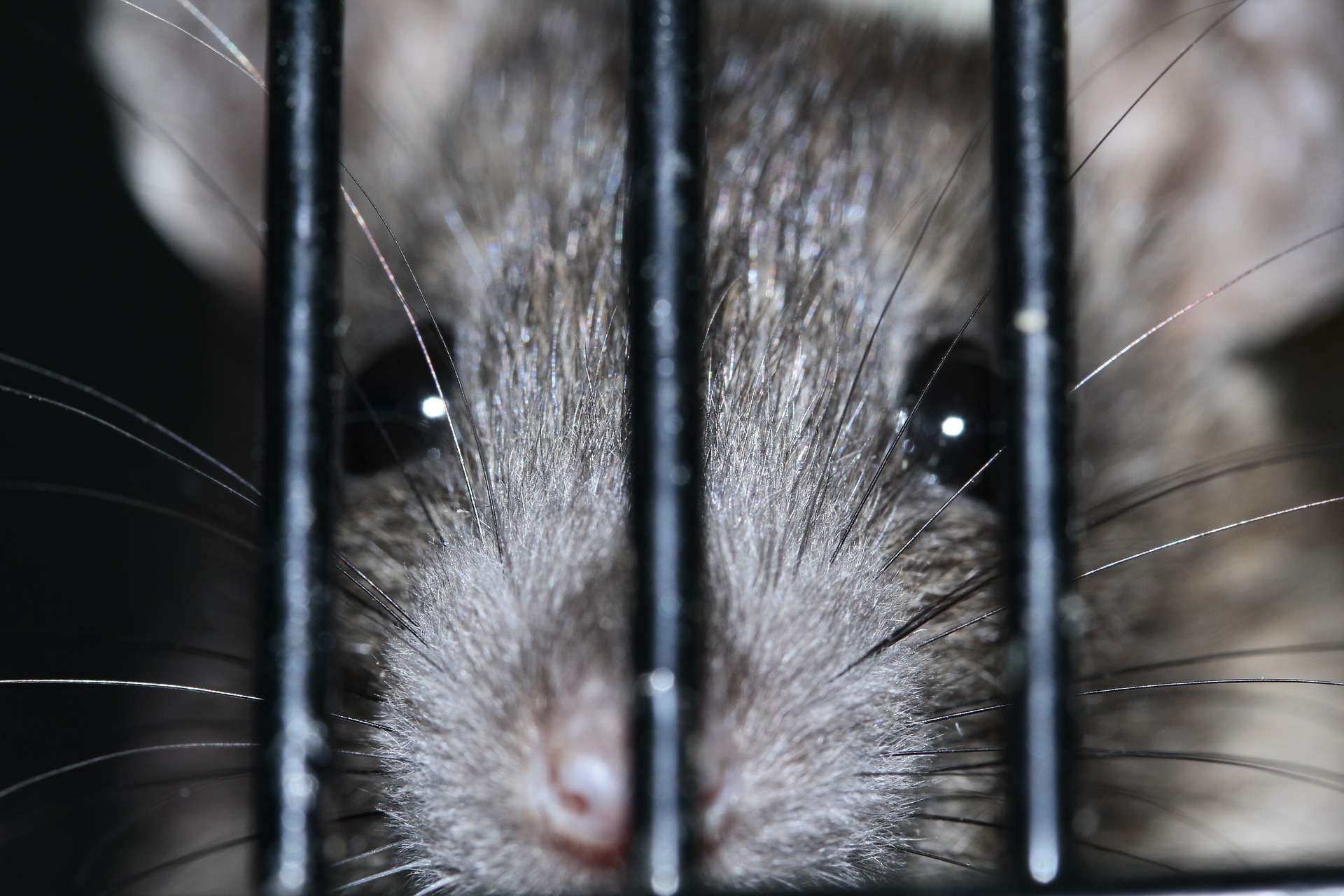 CANBERRANS face the third highest number of home-invading pests out of locations in NSW and the ACT over autumn, according to new data.

Canberra was numbered ahead of cities such as Clarence Valley and Gosford, clocking up 85 unique pest species based on more than 400,000 pest observations recorded in the biodiversity database, iNaturalist.

Using records taken between March and May over the last five years, the data shows that Canberra also came in at number 10 nationally.

Sydney, which led the Australia-wide city rankings, reported more than twice as many pests with 236 species sighted.

But it was Queensland that recorded the most unique species of pests nationally – 583, with NSW following at 410. 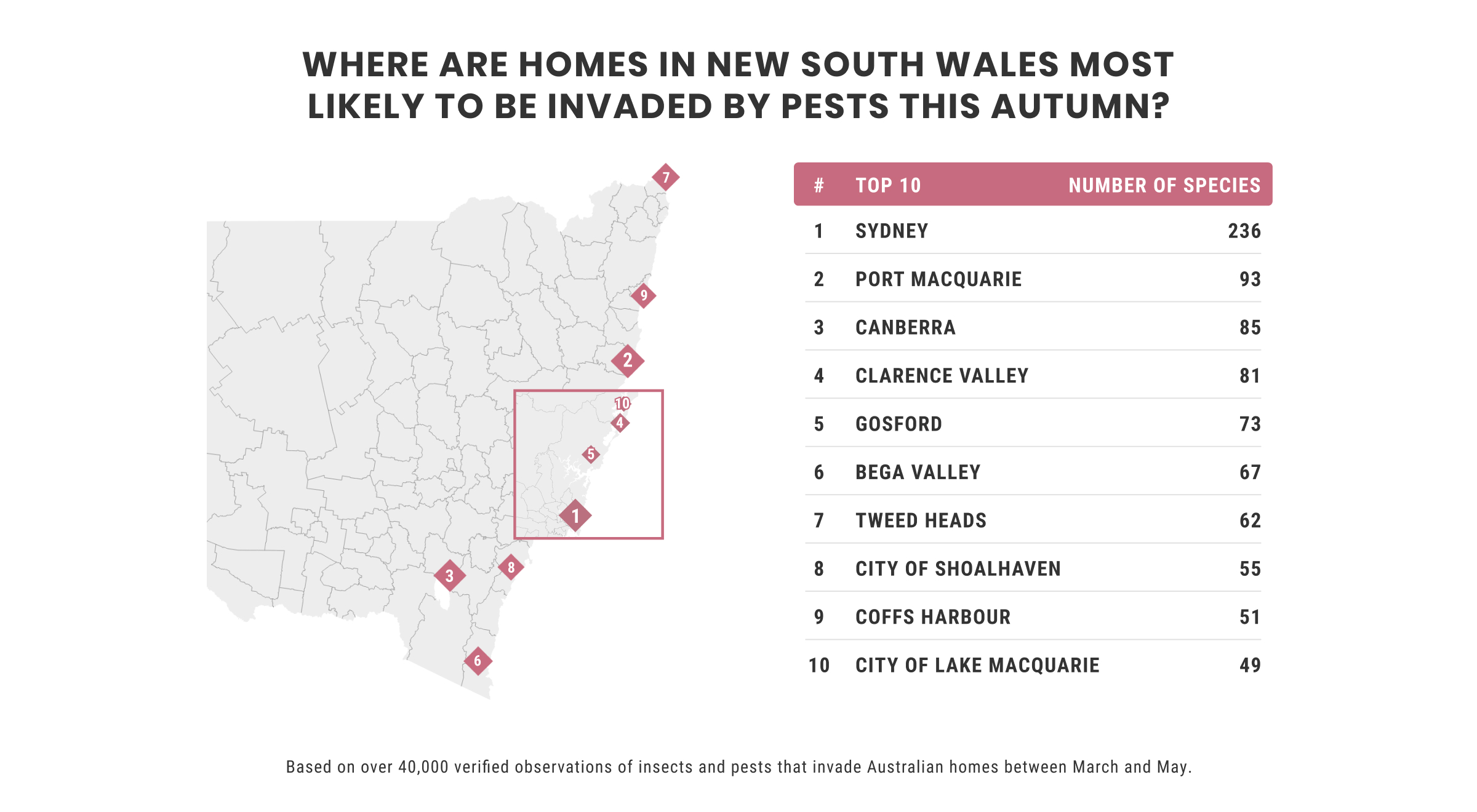 The most destructive types of pests highlighted included pests such as clothes moths and carpet beetles, which lay larvae that eat away at fabric materials, including clothes, furniture and upholstery.

Portuguese millipedes, termites and ants also made the list, as well as rats and mice which are likely found in wall cavities and often gnaw at wooden surfaces.

Entry points like windows, vents, and pipes, or even a gap in the wall, can let insects into the home according to Alice Shaw-Beckett, head of global content at the housekeeping and cleaning resource site, Cleanipedia.

She suggests homeowners inspect their home for cracks and crevices to make sure they are sealed.

As for windows, Alice says: “[To] make sure that you always use screens if you open them to prevent insects from invading your home.”

“Keep your opened food in sealed containers or put them in the fridge to ward off bugs like ants and beetles,”

Make sure to vacuum carpets and rugs, and disinfect surfaces regularly, too, she says.

And for anyone that has already seen insects around the home, Alice says to get rid of them as soon as possible.

“Maintaining a clean kitchen will also get rid of insects; you can do this by simply using dishwashing liquid and warm water on surfaces, as well as adding the mixture to a spray bottle to target areas where insects are getting in,” she says.

“After a bug infestation, you’ll be inclined to make sure any surfaces and areas they’ve touched are thoroughly cleaned. Create a mixture of half cup of vinegar, half cup of water, one tsp lemon juice and five to seven drops of essential oil in a spray bottle.

“This will create a natural all-purpose cleaner and the vinegar is known to kill dangerous mould that may have been disturbed by any termites eating wood. Spray down all surfaces to eliminate any bacteria from the bugs and wipe with a microfibre cloth.

“Be sure to steam clean any carpets, floors and upholstery, as well as washing your bedding – these textiles may be home to some bed bugs you’ll want to get rid of.”

Michelle Grattan - April 9, 2021
0
Morrison said the later stages of the rollout will have to be urgently re-examined, but it was “far too early” to say what impact it would have on the rollout’s timetable, writes political columnist MICHELLE GRATTAN.