“Community confidence in the Australian federal government is rapidly slipping as a result of the recent handling of the pandemic and the vaccine rollout in particular,” says politics columnist MICHAEL MOORE.

THE consequences of the disease and the risks of getting it are much greater than any risk associated with a vaccine. This fundamental concept should answer the concerns that so many have had over specific covid vaccines.

In Australia, until recently, reluctance to immediately vaccinate for COVID-19 has largely been driven by comfortable confidence in our quarantine system and faith in our governments to contain the virus.

The outbreak in Victoria highlights a flimsy system. Effective contact tracing, isolation, social distancing and mask wearing have all provided some preventive defences against spread of the virus.

The most uncomfortable of the techniques is lock down with its widespread ramifications in economic and social terms. However, for effective protection none of these measures compare to widespread vaccination.

Crazy theories about vaccines have always abounded – even from the early days of the smallpox vaccines when anti-vaxers postulated that those receiving the “cow pox” would transition into cows themselves. The idea that Bill Gates is somehow using this outbreak to provide microchips into all those vaccinated appeals as a Hollywood sensationalist thriller, but is so far removed from reality to be totally laughable.

However, this and other not quite so outrageous ideas do circulate on social media. It is factual that the Astra-Zeneca vaccine is responsible for blood clots in a very small percentage of the population. However, the risk is much less than the risk of the disease. This is why I did not hesitate to have my first jab of this vaccine some time ago.

Adverse incidents do happen with most vaccines. Australian governments have failed to set up a fund to support those who have been seriously impacted in this manner. Even in the US, a fund was set up taking a small percentage of the cost of each vaccine and holding it to provide compensation.

Despite constant calls from the Public Health Association of Australia and many other health organisations, no such fund exists in our country.

Community confidence in the Australian federal government is rapidly slipping as a result of the recent handling of the pandemic and the vaccine rollout in particular.

The pace of the vaccine roll-out has been pathetic compared to other countries. For a while, Australia was in a position to delay while countries that were experiencing thousands of deaths a day were forced to move quickly. This has put us back behind the pack.

However, there are important questions about why all our systems of vaccine distribution were not used as soon as enough vaccines were being manufactured. The influenza vaccine is widely available in nursing homes, through general practice and through pharmacy. Additionally, the states, territories and many local councils are also involved in vaccine distribution.

Failure of the federal government to ensure a rapid and effective roll-out is illustrated by the way the states have been stepping in to make up for the Morrison government’s inadequacies. In NSW, Gladys Berejiklian has established huge vaccination centres that provide for walk-in jabs. Others are following suit.

It is easy to blame vaccine hesitancy for the delays. However, there is rarely just one factor behind such failures. The planning for vaccine distribution was disrupted in the early days with a temporary setback when expected vaccines from Europe did not arrive.

At the start of the pandemic, Prime Minister Scott Morrison was very proud about the establishment of the “national cabinet” to ensure a co-ordinated response between all jurisdictions to deal in a co-ordinated manner with the challenges. This approach may not have been perfect, but it did prove largely effective. It still raises the question: was the real leadership coming from Dan Andrews, Gladys Berejiklian and Annastacia Palaszczuk rather than from Scott Morrison?

It is time to learn lessons from failures, or when something has not gone as well as it should. The federal Minister for Health and the Minister for Ageing, instead of constantly quoting statistics of how many jabs have been distributed, should be looking carefully at where the system can be improved and acting on it as soon as possible.

Until such time as this country is largely vaccinated, there will be repeats of outbreaks, lockdowns, restrictions on travel and economic hardship for many. 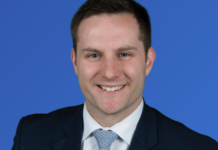