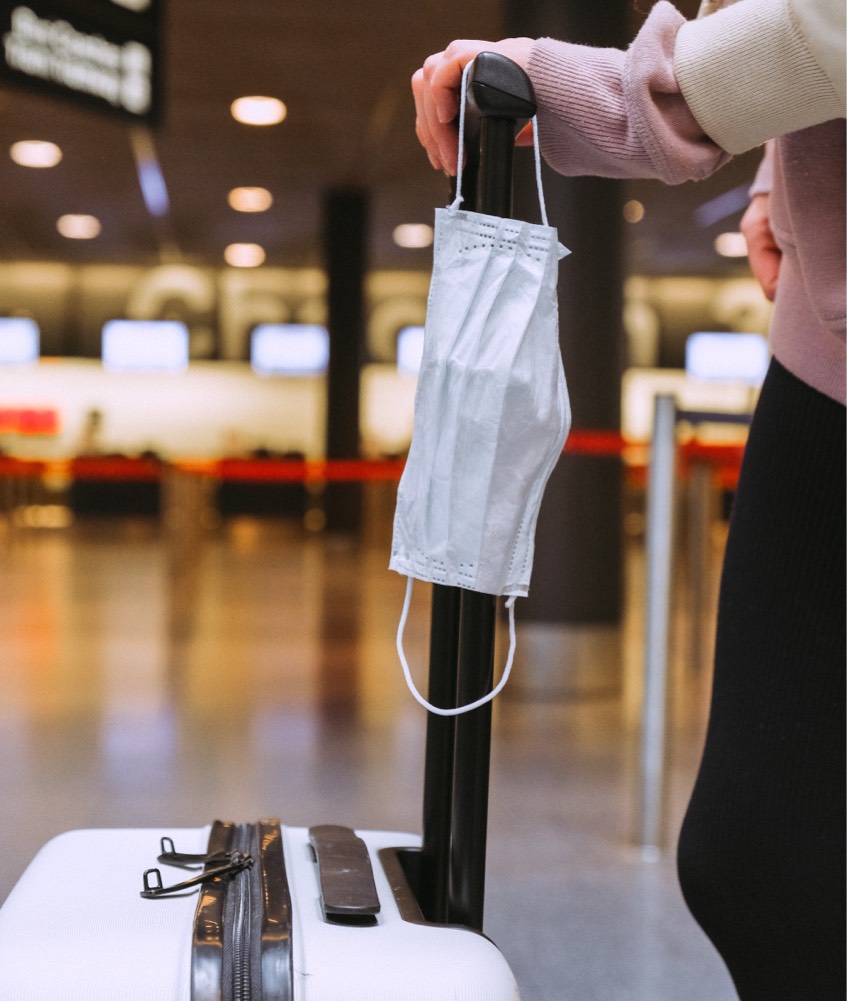 The Prime Minister could not ignore the near-universal condemnation from a usually divided political class, and he would be disturbed by the sharp reaction from many in the local Australian-Indian community, writes political columnist MICHELLE GRATTAN.

IT became clear this week repatriation flights for Australians stranded in India would have to resume ASAP after May 15, whatever the covid situation in that country.

By going too far in its effort to stop individuals using a third-country “loophole” to get home, the Australian government made it impossible to keep shut the direct flight pipeline.

Cabinet’s national security committee on Thursday approved the resumption as the government finalised arrangements with the Northern Territory, site of the Howard Springs quarantine facility where the arrivals will go.

The government will give its reasons as to why arrivals from India have become more manageable (although the number will be modest). Notably, it will say the “pause” has provided time to reduce covid overload in quarantine. By May 14 positive cases at Howard Springs are expected to number between 0 and five, down from 55 on April 26.

A key reason, however, that won’t be included is that Scott Morrison needs to escape the branding of his government as a moral pariah.

The attack the prime minister has come under is justified, but its strength and breadth are still surprising.

The government would have anticipated criticism from the political left, human rights groups and the like. However, it’s those on the right of the spectrum who have been among the most ferocious, including commentators such as News Corp’s Andrew Bolt and Chris Kenny.

Morrison judged the “quiet Australians” were behind his action. Indeed, one Liberal MP says “80 per cent of the public think the prime minister is a star”. After all, those premiers who closed their borders were heroes to their voters.

But objectively, circumstances are very different when we’re talking about the national border and excluded citizens who are in what amounts to a health war zone.

Even assuming the “quiet Australians” were with Morrison, he could not ignore the near-universal condemnation from a usually divided political class, and he would be disturbed by the sharp reaction from many in the local Australian-Indian community. Most voters will have long forgotten this issue by election time, but those Australians of Indian heritage – to whom Morrison has made a pitch via Facebook – will have longer memories.

It has been impossible to get details from the government about the Australians in India, beyond the basic numbers.

We do know from Australian High Commissioner Barry O’Farrell that the “vulnerable” among the 9000 registered Australian citizens and permanent residents have increased from 650, the figure given last week, to 900.

We don’t know who the “vulnerable” are and the nature of their vulnerabilities. How many are ill or frail, how many are in financial strife, or homeless? O’Farrell has said they haven’t been asked if they have COVID-19. The Foreign Affairs Department is not answering questions about them.

After last week’s cancellation of all flights from India until May 15, the real trouble for the government came when it went a step further – by invoking the Biosecurity Act and pointing to the act’s penalties to prevent people coming via a third country.

The formal announcement was in a statement issued by Health Minister Greg Hunt, which hit inboxes in the early hours of Saturday morning.

In subsequent days, Morrison tried to row back on the question of penalties. He indicated no one would be sent to prison, and declared it was the media, rather than he or Hunt, that had highlighted jail. The fact the penalty was spelled out in Hunt’s media release was “simply a statement of what the Biosecurity Act does”, Morrison said.

But the government could have left the penalties out of the statement – and made it clear, to those who asked, that it was not on a punitive mission.

For a government so obsessive about controlling its messaging, it is very poor at injecting some subtlety into it.

Indeed, it let its ban appear even worse than it is.

That late-night statement said no one could arrive in Australia who had been in India in the preceding 14 days – meaning there is actually still an indirect long, slow way home (which would land someone here after May 15 if they had left India as soon as the ban came into effect).

Thus former Test cricketer Michael Slater – who has lambasted Morrison on Twitter – is in the Maldives serving out this period. Most of the Australian cricketers have followed him, after their tour was suspended.

On the other hand, most people caught in India don’t have the resources of elite cricketers and their accompanying entourage, and so the option of 14 days in another country is a theoretical one only.

One interesting issue in the use of section 477 of the Biosecurity Act is how the political and the medical elements interacted.

As Kelly noted in his advice to the government, this would be “the first time that such a determination has been used to prevent Australian citizens and permanent residents entering Australia”.

Kelly told the ABC “we were requested to provide advice” on the use of the act, indicating the initiative came from the government.

“There is a particular section under the act which requires that the minister, before he makes a decision, is provided with advice in relation to several matters,” Kelly said.

These include that a ministerial decision must be proportionate, no more restrictive than required, and in place only as long as needed.

But in his written advice Kelly went out of his way to spell out bluntly what could be the bad outcomes of the decision, while arguing they could be mitigated. He covered his back.

“I wish to note the potential consequences for Australian citizens and permanent residents as a result of this pause on flights and entry into Australia,” he wrote.

“These include the risk of serious illness without access to health care, the potential for Australians to be stranded in a transit country and, in a worst-case scenario, deaths.”

Kelly is due to appear before the Senate’s covid committee late Friday; he can expect to be pushed on the circumstances surrounding his advice.

Apart from the political pressure, one reason the government is anxious to have a plan in place for some, albeit limited, repatriation from India is that the legal challenge against the government’s action is in court early next week.

Regardless of the legal action’s prospects, by outlining its intentions the government will defuse the case’s impact.

And given the agitation among crossbenchers and even some in his own ranks, Morrison also wants to cool this issue, which has flamed out of control, before the start of budget week.

Michelle Grattan is a professorial fellow at University of Canberra. This article was originally published on The Conversation.

Ian Meikle - June 14, 2021
0
The community was walloped with a harsh increase in electricity prices just in time for the cold months of winter, while P-platers were basking in a 79-cents-a-week incentive to drive carefully. Seriously. It's "Seven Days" with IAN MEIKLE.