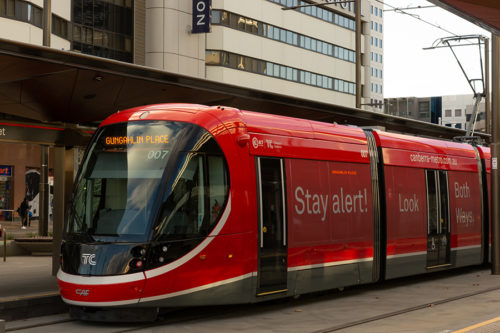 SMALL businesses that serve the retail needs of thousands of daily workers could suffer should transport habits change under a government push.

Recent figures indicate that 21 per cent more motorists are back on Canberra roads in peak times from 12 months earlier since pandemic restrictions have been eased.

The sudden surge of vehicles heading back to the workplace has further concerned the ACT Labor-Green government over its commitment to lower carbon emissions.

To encourage workers to ditch cars in favour of light rail and buses, Minister for Transport and City Services, Chris Steel, said the government was proposing that large employers, including the federal government, to stagger the time of shifts over off-peak commuting hours to ease the congestion on roads and spread the load on the transport network.

But ACT opposition transport spokesperson, Mark Parton, said it will force restaurants and corner stores to extend their own hours or face a loss of income on tight profit margins.

“If everyone changes their work times, this will place unnecessary pressure on already struggling small businesses,” Mr Parton said.

Labor and Greens used its numbers in the Legislative Assembly to thumb their noses at a motion from the Canberra Liberals to establish a small business ministerial advisory council after Mr Pardon said government “continually overlooks the needs to Canberra’s business community”.

Mr Parton has also labelled the suggestion of government leaning on employers to spread out peak-hour demands on public transport as “ludicrous”.

“Workplaces are not there to prop up the public transport system and it is ridiculous to believe that could ever the case.”

But Mr Steel said reducing traffic on Canberra’s roads was the priority.

“Traffic volumes in Canberra have now exceeded pre-pandemic levels because people have not yet returned to public transport,” he said.

The government has already started talks with some of the territory’s largest employers about flexibility of work hours that the talks did not involve feedback from employees.

“No business will be required to make these changes, but they are one way that employers can help their employees have an easier commute during a time when road congestion is higher due to COVID-19 and with the upcoming disruption from the construction of major infrastructure projects,” Mr Steel said.

“Spreading out the peak won’t reduce the overall number of people coming into the city and accessing local businesses.

“It will just mean demand for transport and other services is distributed over a slightly longer period each day.”

CityNews - May 10, 2021
0
WORK hours have remained steady despite the federal government’s rolling back of JobSeeker support amid the ongoing pandemic, according to a new report by the Australian National University (ANU).