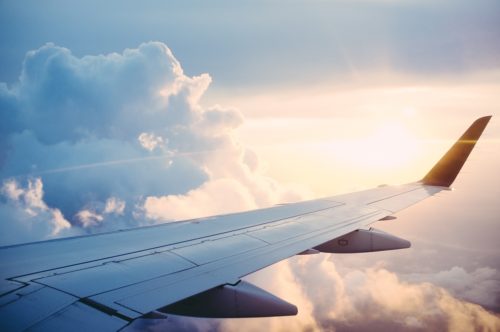 The long-debated reopening of international borders could be a reality soon after the Trans-Tasman bubble kicked off this week, but what are risks and will it mean a spike in cases? Epidemiologist TONY BLAKELY explains.

COINCIDING with the Trans-Tasman travel bubble starting today (April 20), over the past week there have been murmurings Australia could soon relax its borders further, through mechanisms such as home quarantine or letting in vaccinated people.

But what are the risks?

Here I propose three things we must consider:

Importantly, all these factors matter. It’s not simply a case of needing to ensure all travellers are vaccinated.

The level of infection in the country of origin matters enormously

At around Christmas time, roughly 2 per cent of the UK population was infected. That percentage is now considerably less, but it’s still likely around 1000 times higher or more than the risk in China and other East Asian countries. The risk is near zero for New Zealand, Taiwan and many Pacific countries.

However, things will change. At the moment the United States seems to be maintaining high infection rates while also rapidly vaccinating the population. This is probably because of more transmissible variants, and society loosening up, offsetting gains from more people being immune. But at some point, perhaps around mid-year, the infection rate in the US should plummet as the percentage of people immune increases to somewhere around 60-80 per cent. All this is to say we can expect infection rates in countries to vary a lot in the next six to 12 months.

Let’s work through an example of the United Kingdom. Assume the UK has another surge of infections such that 0.5 per cent of British people are infected and unaware of it, and could jump on a plane to Australia. Let’s assume we decide to let 10,000 Brits come to Australia each month. So 0.5 per cent of 10,000 would mean roughly 50 infected people arriving per month.

Mitigating the risk of travellers

Of course, we would do more to reduce the risk. We could test people before they get on the plane and when they arrive. Let’s assume that weeds out another 50 per cent, as the other half may be still incubating and not yet testing positive. That’s 25 COVID-positive British people arriving per month.

Next, let’s assume we require all travellers to be vaccinated. That will reduce their risk of unwittingly carrying the virus (through either symptomatic or asymptomatic infection) by between 66 per cent for the UK variant and 81 per cent for “normal” virus for the AstraZeneca vaccine. Data are still sketchy on any infection for Pfizer, but it’s likely 90 per cent or more, given 95 per cent protection against symptomatic disease in Pfizer’s clinical trial. If we assume 80 per cent, we are now down to five infected Brits arriving here per month.

Importantly, the vaccine also reduces both the duration of the disease and its infectiousness, for vaccinated people unlucky enough to get infected. We don’t know by how much as the real-world evidence is still accruing, although animal data on peak viral load and duration of likely infective viral load supports this contention.

Therefore, if an unvaccinated person, infected with the UK variant, was going to infect an average of 3.5 people in the absence of any social measures such as mask-wearing, the infected-after-vaccination person would only infect 0.875 other people — a 75 per cent reduction in the reproductive rate. So our remaining five infected Brits are less infectious.

Intensity of quarantine measures for arrivals

Let’s consider the option of home quarantine. We don’t know how effective this will be, because of potential compliance issues.

But the risk of home quarantine breaches can be reduced by technology like ankle bracelets, GPS tracking on travellers’ phones to ensure they stay home, and only allowing home quarantine if any other members of the household are also vaccinated, to give an extra layer of protection.

Let’s assume home quarantine with these extra measures stops 80 per cent of infected people getting out and about in Australia while infectious.

So we are now down to one infected British person who has slipped through per month. But given they are also vaccinated, they’re less likely to pass on the infection. And this risk can be reduced further still by ensuring they’re wearing a mask — although if they “breached” home quarantine rules they may not be likely to wear a mask.

It’s important to remember even “proper” quarantine isn’t foolproof. About one in 250 infected people last year in hotel quarantine caused a leakage.

Is Australia a tinderbox?

Yes. Perhaps only 5 per cent of us are immune. Even if, via the above measures, we get just one infected person a month in Australia — the situation could blow up. Keep in mind the above example assumes we’re only allowing travellers from one country too. More countries means more travellers means more risk — although as above, the risk varies based on the infection rate in the origin country.

You can play with various scenarios in our COVID-19 Pandemic Trade-offs tool, launched two weeks ago. What you’ll find is that until most adults in Australia are vaccinated, any loosening up of how we respond to the virus incursion is unwise. If contact tracing cannot mop up the inevitable incursions, we’ll still need to use social restrictions, including lockdowns, until the vaccination rollout is complete.

But we can probably think about inching forward to some increased risk once all over-50s are vaccinated (phase 2A), with some modest relaxation of the border. Yet we can never totally escape the risk of outbreaks.

So what can we do now with borders?

First, continue with the Trans-Tasman bubble.

Second, remove or greatly reduce quarantine for vaccinated travellers from many East Asian countries, which present a low risk to Australia. As an example, the average number of known active infectious people in China at any point in time recently is about 250. Let’s assume this equates to about 100 unknown infections at any point in time (that is, people who are not yet symptomatic or detected). For a population of 1.4 billion, that’s a 0.000007 per cent risk of any person in China being infected.

This suggests that for 10,000 vaccinated arrivals from China per month with modified quarantine, the expected number of infected people unwittingly getting out into the Australian population per month is 0.000014. Or, put another way, our above UK example presents 70,000 times the risk of an arrival from China. Given such low risk, it’s hard to justify why university students from China cannot start in time for semester two this year if they’re vaccinated and going into some form of modified quarantine.

Third, we need a national framework to assess the risk. Focusing on one measure alone isn’t wise — you have to look at the whole system. Such a framework can be developed now, at the same time as setting our risk thresholds so policy-makers, airlines and other industries can start planning.

Tony Blakely is a professor at the Epidemiology, Population Interventions Unit at The University of Melbourne. This article was originally published on The Conversation.