At age 22, I gave the eulogy at the funeral of my friend Andrew McIntosh, who had taken his own life. It was one of the hardest things I had ever had to do.

Andrew was a high school friend of mine, a gifted athlete who could pick up a new sport within a few hours, a person who took the time to listen to his mates and who was always there to share a laugh. He drove a bright yellow Valiant Charger, loved music and was always up for a night out. Andrew was studying sports education at the time of his death.

We all thought that he was on his way to becoming a great teacher. But none of us caught sight of the fact that the black dog had found its way inside him. Andrew died in 1994, but I know that his parents, Grahame and Rena McIntosh, still miss him every day.

I thought of Andrew in January of this year when I attended the funeral of Canberra lad Alex Hodgins, son of Judy and Tony Hodgins, who run the Gods Cafe at the Australian National University.

Alex was a handsome man with a ready smile, and I knew him through the Gods Cafe, where he would often make my daily coffee and we would have a chat about what he was up to or what I was thinking about that day.

On that day, back in January of this year, Alex’s loss had touched hundreds of his friends, and the church in Ainslie was overflowing with young men and women in the flower of their lives, all dressed in black, with their puffy red eyes.

There is no simple solution to reducing suicide, but we can improve the odds of survival. One of John Howard’s first acts as Prime Minister was the national firearms agreement, which cut the suicide rate by making it harder for people to get their hands on a firearm.

Australians are also better at talking about depression today, thanks in part to public advocates like Jeff Kennett and Jack Heath, but there are still too many young people who take their own lives; too many parents who bury their own children. As a society, I think we can do better.

I met recently with Mike Zissler, the CEO of Lifeline, and talked to him about the way in which Lifeline operates and the important role that Lifeline plays, not only through its well-known telephone hotline, but also through the counselling support it can provide and through the training that Lifeline does in teaching us how to have a sensible conversation about suicide.

Mike talked to me about the importance of using the ‘s’ word—of actually saying to someone you think might be contemplating suicide: “Are you thinking about suicide?”

He said that their research has shown that asking that simple question, actually using the word ‘suicide’, will often result in somebody who is on the brink saying, ‘Well, yes, I am thinking about suicide,’ and provide that crucial window to do something about it.

We all need to get better at about talking about suicide. Too often the issue is brushed under the carpet. Whether it’s in our families, our workplace or in general public discourse we need to be willing to talk about suicide, but to do so in a considered and thoughtful manner.

On 12 October 2010 I opened a day-long event “Towards recovery: how do we talk about suicide?” The event was part of Mental Health Week and was hosted by the ACT Transcultural Mental Health Centre and the Mental Health Community Coalition.

Events like this help emphasise the importance of talking about suicide and help allow community groups, which provide the solution to this problem, to come together and talk about how they have addressed the issue and how we can do better.

But we cannot just rely on the good work of private citizens and our community organisation, government has a role too.

The Gillard government has recognised its responsibility in this space.  This government has been the first ever Commonwealth government to investment in the Early Psychosis Prevention and Intervention Centre (EPPIC) model since its introduction in 1992, providing $25½ million over four years to expand the EPPIC model in partnership with the states and territories.

The government is rolling out up to 30 new youth-friendly services and providing extra funding for the existing 30 headspace sites. Headspace is a program that works with community youth services.

The government is spending $13 million over two years to employ extra mental health nurses.  The Mental Health Support for Drought Affected Communities Initiative is being expanded through to 2011 with the help of $5½ million. And the Gillard government is providing resources in direct suicide prevention and crisis intervention programs, such as improving safety at suicide hotspots and increasing funding for Lifeline Australia.

Three-quarters of suicide victims are men and the government is working through programs such as beyondblue to expand the reach of suicide support to men. The Gillard government is also providing resources to promote good mental health and resilience in young people in order to prevent suicide later in life.

Labor has been building resilience in young children by expanding the KidsMatter program and has been funding initiatives in high-risk communities such as Indigenous Australia, which accounts for a disproportionate share of all suicides.

Mental health is a particular second-term priority for the Gillard government. I know that the Minister for Health and Ageing has a series of meetings planned around the country with consumers and carers. He will be out there listening to their experiences and having those stories shape Labor’s policy.

My own thinking has been shaped by the experience of a good friend. She is somebody who is ready to make fun of me wherever I need to be taken down a few pegs. You would never know it from looking at her that she has had her own very serious battles with depression.

We, whether as individuals, as communities or government have more work to do to help reduce suicide. Her words should help guide us all on this subject:

Education, recognising the symptoms, the triggers, and early intervention are the key. With education you are provided with tools and therefore hope and confidence that you can either manage your illness or beat it.

When you have no confidence and feel soulless the last thing you can do is believe in yourself, but with support, hope and education you can try your best to ride the dark moments until you are strong enough to believe. 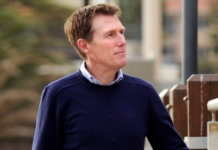 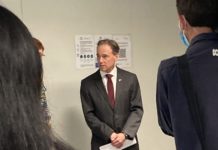