POLICE have released CCTV images of the man allegedly responsible for striking a security guard with a bottle while robbing a liquor store in Calwell on Sunday. 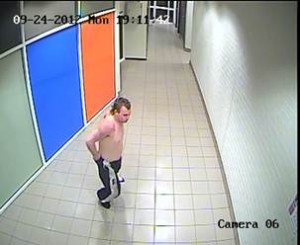 The man entered the BWS Liquor in Calwell around 9pm, took two bottles of liquor from the shelves and left the store.

When the security guard approached the man and asked him to return to pay for the items, the offender attacked the guard, striking him on the head with a full bottle of liquor.

The manager of a nearby store came to the guard’s aid and wrestled with the offender, who managed to escape and flee on foot.

Police arrived a short time later and searched the area but were unable to locate the offender.

The man is described as Caucasian, about 180cm (5’11”) tall, with medium to solid build, with brown hair. He was wearing a dark jacket, dark-coloured Canterbury track pants with a thick white stripe down the side, and dark-coloured shoes. 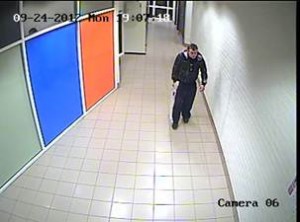 The security guard was taken to the hospital with a cut to his forehead.

Police ask anyone who may have seen this offender fleeing the Calwell shops in the direction of the loading bay after the incident (around 9pm), or may have any other information which could assist the investigation, to call Crime Stoppers on 1800 333 000, or go to the website at www.act.crimestoppers.com.au.

Richard Calver - November 26, 2020
0
Wine columnist RICHARD CALVER finds his blood pressure rising as he makes his way through a book that, if it hadn’t been from the library, he would have tossed it on the fire (if he had a fire).