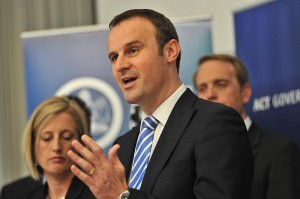 FROM today, the threshold at which businesses in the ACT are liable for payroll tax rises from $1.5 million to $1.75 million following reforms in the June Budget.

“In total, the tax cut puts about $6.8 million back into local businesses. This reform gives the ACT highest payroll tax threshold in the nation, and makes the ACT the lowest

taxing jurisdiction for businesses with a payroll of up to $4.7 million – we now have Australia’s lowest, most competitive payroll tax regime for small and medium enterprises,” he says.

“Cutting payroll tax will also increase business and consumer confidence, and the competitiveness of local businesses. It places the ACT in a stronger position to attract business talent and capital inflow,

and encourages small businesses to boost their workforce.”

He says the cut is part of the Government’s five-year reform plan that is making taxes in the ACT fairer, simpler and more efficient.

CityNews - November 25, 2020
0
After just over a year in the job, the ACT Integrity's inaugural commissioner, Dennis Cowdroy, says he will resign from his position in the new year.