SOLAR panel owners will be paid 58 per cent less for the electricity they put back into the grid from July 1, as the system changes for people whose electricity flows both ways. 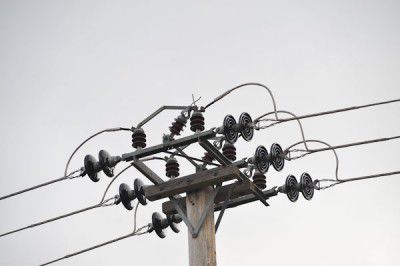 Anyone who applies to have a system connected by ActewAGL before July 1 will still be paid under the “gross metering” system for the power they generate at the current rate of 18 cents per kilowatt-hour.

Under the older gross metering system, the electricity going in and out was metered and billed separately.

Todd O’Bara from solar panel retailer ACT Renewable Energy says it was only a matter of time before the ACT followed state governments and slashed the rate, which was originally offered as an incentive to encourage more Canberrans to install solar panels.

“I think the public need to know this is their last chance to jump on board at the best rate they’re ever going to get,” Mr O’Bara says. “They were actually being very generous to have left it this long; Canberrans are very lucky.”

But ActewAGL’s website claims that the new system will not disadvantage people who miss the July 1 cut-off date by much.

“With a generator that is appropriately sized for your level of household consumption, the total value of your generation under the new net meter buyback tariff is comparable to that under gross metering,” the website states.

According to the same “FAQ” web page, the lower rate is “part of the strategy to keep the cost of energy in the ACT the lowest in Australia”, and the higher rate is no longer necessary to drive demand for solar power.

“The cost of solar systems has reduced significantly over recent years and it has subsequently become more commercially viable for households to generate solar electricity without any subsidies.

“The subsidies currently provided to [home] generators under gross metering are significant, given that electricity is currently purchased from customers at approximately 18 cents per kilowatt-hour (c/kWh) when wholesale energy is worth 7 cents.”

Existing customers and those who submit their “Special connection request” form to ActewAGL on or before close of business on June 30 will receive the old, higher rate until June 30, 2020.