NOW is the right time to decide what we want for Canberra in the 21st century and, to mark the Centenary, the Property Council has released a manifesto for our city’s future that outlines an achievable vision of the capital city in 2023. 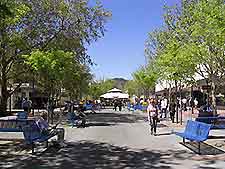 “A Declaration for Canberra’s Centenary Year” contains a series of actions that, the council believes, can be realised if government, industry and the community work together.

The paper calls for catalyst infrastructure projects to deliver economic, social and environmental benefits to the community. For instance, Civic should be developed as an activity precinct, design showcase and platform for artistic expression with strategic governance and a focus on renewal and re-use central to “making it happen”.

The council believes established suburbs can be made memorable and neighbourhoods re-energised in a progressive regulatory environment with meaningful incentives for builders and buyers.

Together with affordable housing and right-sized spaces for older residents these actions will make Canberra Australia’s most “green” and liveable city.

Inspiring growth and fostering a diverse economy with investment incentives will secure a robust future and, as the city grows, we must be willing to embrace new ideas, big and small, encouraging and rewarding imagination in design and development.

The council believes that the significant milestone of the Centenary year is the right time to reaffirm our belief in Canberra, a city “laid out in the most perfect manner possible”.

Paul Costigan - May 20, 2020
0
"The North Curtin horse owners are the unacknowledged detritus in yet another of the nasty ACT government’s development deals," writes "Canberra Matters" columnist PAUL COSTIGAN.

Will the volunteers volunteer when restrictions lift?