AUSTRALIA’S largest solar farm will be built at Royalla following its approval today by the Minister for the Environment and Sustainable Development, Simon Corbell.

The 20-megawatt solar farm, which Mr Corbell first announced last September, will be built on land adjacent to the Monaro Highway by the Australian arm of the Spanish company Fotowatio Renewable Ventures.

“I have used my powers under Sections 158, 159 and 160 of the Planning and Development Act 2007 to approve this proposal because it responds to a major policy issue and will deliver a substantial public benefit,” Mr Corbell said in a statement today.

Mr Corbell says the farm will “contribute to a reduction of around 560,000 tonnes of carbon emissions over 20 years, generating the equivalent amount of energy to power 4,400 Canberra homes”. 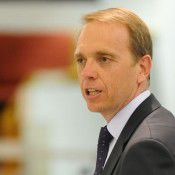 Last September, Mr Corbell said the solar farm would be paid a feed-in tariff of 18.6 cents per kilowatt-hour and would come at a cost of $13 a year to each Canberra household, which he expected to decrease to $9.50 by 2020.

Although the application has been approved, the Minister said that several conditions had arisen from the notification and consultation process, which had to be addressed before the construction could begin.

“The solar farm will have a low to moderate visual impact for a very small number of houses. Additional plantings to partly screen the development will be put in place to mitigate this.

“In deciding the application, I have also considered the representations received during the public notification period, the requirements of the Territory Plan and the advice of entities such as the Conservator of Flora and Fauna, the Environment Protection Authority, the ACT Heritage Council, and ActewAGL.”

“The Royalla solar farm will directly contribute to meeting the greenhouse gas emission reduction targets set by the ACT Government under the Climate Change and Greenhouse Gas Reduction Act 2010, and is consistent with the comprehensive climate change strategy we released last year, AP2.”

The AP2 Strategy calls for the Government to further develop large-scale renewable energy generation to achieve a target of 90 per cent of the Territory’s electricity consumption to be sourced from renewable energy by 2020.