WHILE “nation building” invariably forms part of political-speak in election years, it is ironic that those who talk about it rarely understand who the real nation builders are. 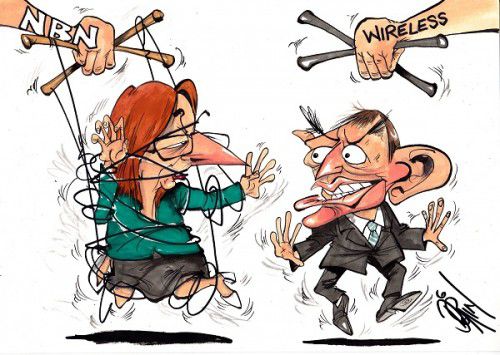 Fast rail, huge dams, increasing road, air and rail capacity for goods and people are the favoured projects as political parties try to win the hearts and minds of the electorate.

But it is not just big projects that form part of nation building. The economic stability, healthiness and capacity to deal with the sick, participation at all levels of education, the rule of law and the justice system, national memorial and celebratory institutions all form part of the national identity that is guided by the Government.

The current Government celebrates the National Broadband Network as one of the key parts in its role in nation building. In the first term of the Labor Government, then-PM Kevin Rudd developed the Nation-Building Funds Act 2008 using the threat of the global financial crisis to invest in a wide range of nation-building programs around community infrastructure.

The hiccups around school projects and insulation programs that were driven with this fund did considerable damage to the credibility of the Government. These glitches were effectively used by the Opposition to illustrate incompetence and to take the shine off the Government’s nation-building projects.

When these parts of our national identity begin to deteriorate, or infrastructure fails to meet community needs, governments look tired or incompetent. Even though Australia has amongst the worlds’ lowest debt-to-GDP ratios, it will be some years before the Budget comes into surplus and that ratio begins to get even better. Good economic management is fundamental to strong nation building.

However, nation building is much more than infrastructure and financial management. It includes our national identity, cultural development, shared values and understanding of what we expect our nation to be in the future. The management of this complex matrix of infrastructure, social and cultural identity is the role of Australia’s public servants.

It is our public servants in Federal, State, Territory and local governments who are the real nation builders.

While political leadership is invaluable in setting new direction and steering the acceptability of change, the real work is done by those who support the political direction.

From the lowest-paid public servant right through to those who lead departments, there is a contribution that simply does not receive adequate acknowledgement.

Without the extraordinary honesty and dedication of so many of these workers Australia would not be the nation it is today – the high calibre of our health, education, social services and justice systems serve as examples to illustrate the importance of this commitment.

Attacking public servants has been regular fodder for political parties in opposition as part of their preparation for elections. It is simply short-sighted and reflects their poor understanding of the building blocks of our nation.

Of course, the system is not perfect, however, the rhetoric of wholesale slamming or dismantling parts of the public service will have long-term negative ramifications for national identity and national well-being.

Governments and oppositions should be celebrating the role of public servants as nation builders and planning their election campaigns in such a context.

0
The first movie of the Christmas 2020 cinema season delivers a different view of Chris Cringle. DOUGAL MACDONALD explains how in his review of "Fatman".

Soul satisfying and striking in its simplicity