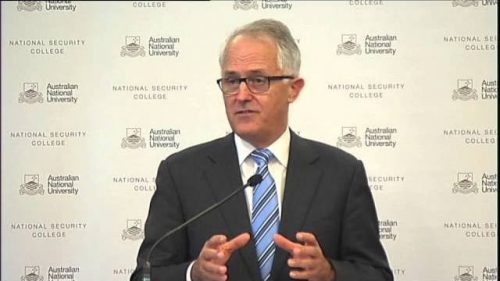 Clive Palmer says a Coalition government led by Malcolm Turnbull would have different policies and be “more approachable”.

In provocative comments niggling at the sensitive leadership nerve, Palmer said that “Tony Abbott’s policies seem to create great division in society” and the government would be more popular if Turnbull were leader.

With the reverberations of Turnbull’s inviting Palmer to dinner last week dramatically increasing, as a furious Turnbull lashed out at conservative columnist Andrew Bolt who had suggested Turnbull was sending a message to Liberal MPs, Palmer told The Conversation: “Malcolm Turnbull was a great leader of the Liberal party.

“He’s a very popular person. He represents a part of the Liberal party that doesn’t seem to have much influence in policy making [now].” The party had been a broad church but had become more and more narrow, he said.

Palmer, who within weeks will control four Senate votes crucial to the fate of legislation, also accused Abbott of blocking a leading Liberal woman, Danielle Blain, from becoming party president when the Liberal federal council meets this month.

“The men who control the Liberal party, led by the Prime Minister, have stifled her efforts to become president,” he said.

Palmer said this was “entirely consistent with the Prime Minister’s policy of having only one woman in cabinet”. He described Blain – a party vice-president and major fund raiser who had deputy Liberal leader Julie Bishop’s support for president – as “one of the most pre-eminent people in the Liberal organisational leadership in the last 15 years. I believe she has the overwhelming support of the membership”.

The presidency is a touchy issue with some Liberal moderates believing Blain had the numbers and was strong-armed to give way to Alston.

In Parliament Palmer accused Abbott of misogyny, citing the few women on his frontbench and attacking his controversial paid parental leave scheme, linking it directly to the Prime Minister’s chief of staff Peta Credlin.

“Why should Australian citizens and businesses be taxed, and working women discriminated against, just so the Prime Minister’s chief of staff can receive a massive benefit when she gets pregnant,” Palmer said. Leader of the House Christopher Pyne denounced the reference to Credlin as “cowardly”.

Earlier Labor jumped on Turnbull’s ferocious attack on Bolt who on Monday wrote that the dinner sent an unmistakable message to Liberal MPs – “replace Abbott with Turnbull as prime minister and maybe Palmer will play ball.” He also wrote that the Communication Minister’s appearance at the launch of a parliamentary friends of the ABC group was Turnbull lavishing charm “on Abbott’s natural predators”. “If only Turnbull had spent half this charm fighting for Abbott’s budget,” Bolt wrote.

Turnbull described Bolt’s comments as demented, unhinged and crazy. “With friends like Bolt, we don’t need any enemies,” he said.

Labor’s Jason Clare asked Abbott in Parliament: “Who is right – your friend Andrew Bolt or your ‘frenemy’ Malcolm Turnbull?”

After Pyne’s effort to get the question ruled out of order failed, Abbott told the House he had been delighted at a function on Saturday to stand “shoulder to shoulder” with Turnbull selling the budget.

Bolt returned to the fray, accusing Turnbull of “amplifying the message” by his attack. “The pitch is unmistakable,” he said. Turnbull wanted leadership instability and talk to continue. “With Liberals like Malcolm Turnbull we don’t need the Labor party.”

While there is no suggestion of any move against Abbott – and Turnbull would not have party support anyway – the latest exchanges and accusations are destabilising especially in the difficult post budget climate.

They highlight the personal unpopularity of Abbott in the polls. Palmer is exploiting factional divisions within the Liberals, and fanning the suspicions of Turnbull’s internal enemies.

Goodness knows what the Liberal colleagues make of the fact that an auction item for this month’s Press Gallery mid-winter ball is dinner with Palmer, Turnbull and Bishop at the Wild Duck – the scene of last week’s nosh up – whose caramelised banana split Palmer has made famous.

On the ABC’s Lateline conservative Liberal senator Cory Bernardi said Turbull’s response was “too strident. I thought it was inappropriate, it was unwise to do, and I think it’s just kicked the whole thing along.

“Media commentators will always have opinions about members of Parliament … Andrew is entitled to his opinions. I think he is a very principled man.”

Sitting beside Bernardi on the panel Turnbull’s wife Lucy said Turnbull had intended to go home to bed because he was coming down with flu. The next morning he sent her a message about the dinner, which had been spontaneous, saying “Guess what happened? I was having dinner, Clive came along”.

She said the story had been “completely miscast”; it actually showed very clearly “that there isn’t nearly enough conviviality between people across the aisle”.

Bolt putting it in the context of leadership was “completely wrong, completely blown out of all proportion- there was no proportionality in what he was saying”.