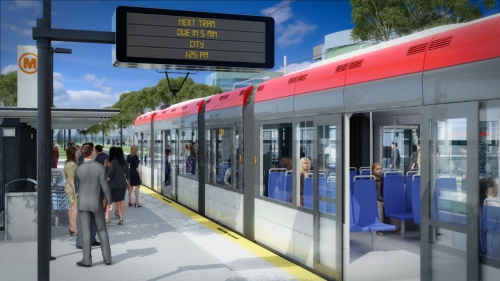 JEREMY Hanson says today’s decision by the ACT Labor/Greens Coalition to commit close to $800 million to build light rail is bad for Canberra and will be strongly opposed by the Canberra Liberals at every step.

“This project is not affordable, it is not viable and has today left the government’s agenda in tatters” Jeremy and Shadow Minister for Transport Alistair Coe said.

“Let’s be clear, this decision has not been made because Canberrans need light rail, it’s because Katy Gallagher needs to keep the Assembly’s lone Green, Shane Rattenbury on side,” Mr Hanson said.

“Today the government has steered further off course from the priorities that Canberrans need their local government to focus on. While the budget is in deficit, Canberra Hospital has been described as ‘unsafe’ by senior staff, education infrastructure is decaying and schools are bursting at the seams, the government will spend hundreds of millions of dollars on an unviable project.

“Furthermore, the government’s grand vision of ‘City to the Lake’ has been abandoned as a result. The only part of the plan left is to sell prime land so the government can fund light rail and its string of budget deficits,” Jeremy concluded.

“The cost of the project is skyrocketing. After the government originally estimated a cost of $614 million, today Simon Corbell revised that upwards, closer to $800 million. Given the government’s track record on infrastructure, the chance of costs rising even more are very real,” Alistair added.

“Light rail is a project that doesn’t stack up. It has been continually discredited, but the government is blind to the priorities of Canberrans. Unfortunately, Canberrans will have to foot the bill for the government’s ideological crusade,” Mr Coe concluded.