A 25-year-old man died this morning after his motorcycle collided with pole on the side of Canberra Avenue at about 1am. 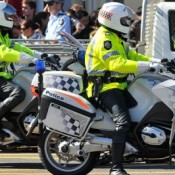 Police are still investigating the crash, but say the man was travelling north-west on a sweeping right-hand bend when he lost control of his BMW F650 motorcycle and hit the pole.

General duties police officers from Woden arrived first at the scene, as they were attending another incident nearby, and performed CPR until paramedics arrived. The motorcyclist died a short time later in hospital.

Coincidentally, a report released today by the NRMA Road Safety Trust called “Reducing motorcyle trauma in the ACT”, which looks at motorcycle crash data over a ten-year period, says that 52 per cent of fatalities involved collisions with fixed objects on the roadside, and that injuries from motorcycle crashes occurred most often in the 16-25 age group.

The Coroner is to investigate the circumstances of the accident this morning, which is the fourth fatality on Canberra’s roads for 2014.

Police would like any witnesses to the crash, who have not yet spoken to them, to contact crime Stoppers on 1800 333 000, or online at act.crimestoppers.com.au 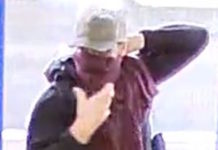 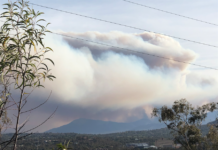