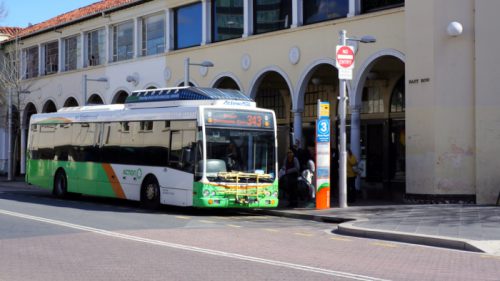 ACTION buses will run a revised timetable over the Christmas and New Year period from Monday December 21 to Friday January 8 (inclusive).

The revised timetable includes a special Christmas Day timetable for Friday 25 December, with 14 bus routes, including the Route 900 between Belconnen, City, Woden and Tuggeranong and the Route 950 between Gungahlin and the City – all of which will be free.

This free bus service will allow people to get to Christmas events and spend the day with family and friends.

The revised timetable can be viewed, downloaded and printed from the ACTION website at action.act.gov.au. A limited number of hardcopy timetables will be available at bus stations or MyWay recharge Agents from Monday 7 December. Alternatively you can call the ACTION and MyWay information line during operating hours on 13 17 10 for details. You can also check NXTBUS for real time information over the festive season and plan your journey with Google Transit.

The following schedule applies from Monday 21 December 2015 to Friday 8 January 2016 (inclusive). Public holiday services will run to a Sunday timetable. Revised operating hours for the ACTION & MyWay information line will be in place during this period with operating details available online and in the timetable.