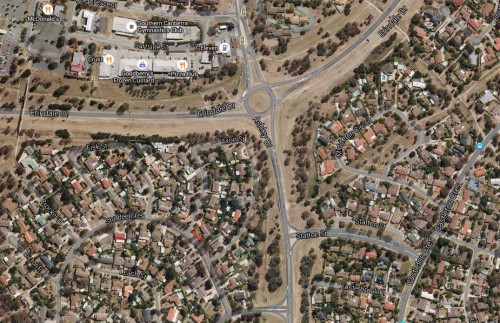 MICK Gentleman says that Ashley Drive from Erindale Drive to Ellerston Avenue will be duplicated with $24.6 million to be invested in the next three years as part of the 2015-16 ACT Budget.

“This Budget is good news for Tuggeranong,” Mick said.

“It will see the ACT Government deliver an upgrade to almost the full length of Ashley Drive into a dual carriageway, meeting the increasing traffic demands in this area, particularly by commuters in peak periods.

“The upgrade will cater to all modes of transport, with north and southbound on-road cycle lanes, additional footpaths to link with existing off-road paths and the duplication of existing underpasses near Statton Street and Bugden Avenue.

A six week community consultation was held late last year and over 150 pieces of feedback were received. A number of themes from the feedback have been included in the upgrade, such as a pedestrian bridge over Monks Creek connecting Monash with the facilities along Ashley Drive and noise walls extended to the eastern side of Ashley Drive near Gowrie.

“Today’s announcement of nearly $25 million follows an extensive community consultation on the preliminary designs for the duplication of Ashley Drive in late-2014, and now we will get on with delivering it for the Tuggeranong community,” Mick said.

A number of other improvements will be investigated to complement the duplication and include:

Helen Musa - April 16, 2021
0
LEAVING no stone unturned in promoting “Botticelli to Van Gogh: Masterpieces from the National Gallery, London,” the National Gallery of Australia has partnered with Sonoma Baking Company to present the “Sunflower Batch Loaf,” available in stores from this weekend.