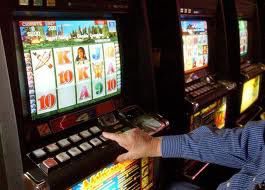 ANDREW Barr and Joy Burch have jointly announced a quick scurrying away from a quiet new years regulatory amendment to allow $50 notes to be used in ACT poker machines.

“As a result of discussion within the community over the past few days, the Government has decided to withdraw the regulation which allowed $50 note acceptors on electronic gaming machines in the ACT pending further work on practices in other states and implementation of cash input limits,” Andrew said.

“In addition, the Government will conduct reviews of a number of future reforms of the electronic gaming industry in the ACT, including the ongoing effectiveness of amendments introduced by the Gaming Machine Amendment ACT 2011; the efficiency of the regulator and the social impact assessment processes for the transfer of machines within, and across, the Territory’s club industry. These reviews will take place during 2015 and will inform a further regulatory reform package.

“All interested parties will be invited to comment as we continue to develop a framework which balances the need to protect problem gamblers whilst assisting the club industry transition away from a reliance on gaming revenue.”