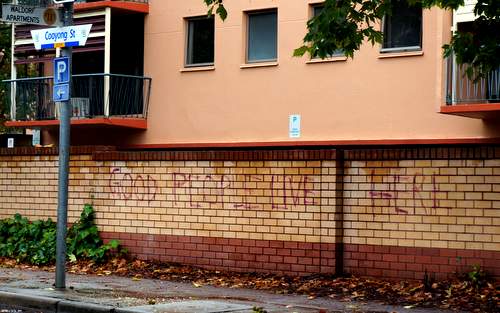 ANDREW Barr has told the Assembly about his plans for public housing and urban renewal.

“I outlined the ACT Government’s vision to deliver urban renewal in Canberra’s city. A major overhaul of the ACT’s public housing is one of the key pillars of our commitment to urban renewal across Canberra and work to replace ageing housing stock is progressing well.

“Urban renewal is vital to growing Canberra’s economy and helps to strengthen our community. Our public housing tenants deserve to share in this renewal. Currently, there are a number of multi unit blocks that are old and tired. They have reached the end of their useful life. They were built quickly, to the standards of a different time, and bringing them up to contemporary building or energy efficiency standards is simply not a viable option.

“That’s why the ACT Government has committed to a public housing renewal as part of our urban renewal agenda. Cabinet recently approved the necessary steps to replace Owen Flats in Lyneham, with brand new units at Chisholm, Monash and Nicholls. The surplus Owen Flats site will then be prepared for sale and development – delivering further renewal.

“Housing ACT has already commenced engagement with tenants at Owen Flats, in conjunction with community partners. This work will continue throughout the renewal program.

“The tenants of Owen Flats will be relocated prior to sale, and all tenants will be offered appropriate accommodation in identified sites within the inner north, city and other locations taking into consideration their individual preferences and needs.

“This program is being led by the government’s Public Housing Renewal Taskforce, which was established in September 2014 and will replace 1288 outdated public housing units.

Properties identified to form the first stage of the government’s public housing renewal program, include:

Another key part of the ACT Government’s plan to revitalise the city is through the renewal of office accommodation and the improvement of government service provision in the inner city. Examples include:

“Urban renewal represents the opportunity to cement Canberra as a city of the future – to grow the economy, to make our people healthy and smart, to keep our city liveable and most importantly to spread and share opportunity.”

In reply the Liberals’ Nicole Lawder asked why it takes two years to get into public housing.

“In the ACT, the homelessness rate is high, the waiting lists are long, house prices are exorbitant and the rental market is a heavy burden for low and moderate income earners. The ACT Labor government needs to address housing and homelessness as a matter of urgency.

“As vulnerable people are forced to wait for housing properties to become available they become heavily reliant on homelessness services. We have the second highest rate of homelessness of anywhere in the country in the ACT at 50 people per 10,000.

“In the ACT we have the highest average income of anywhere in the nation, but the ACT cannot use that as an excuse to neglect the people who actually are suffering on low incomes as a result of housing problems.

“Today in the Legislative Assembly I’ll be calling on the government to tell Canberrans what action it’s taking to address the ongoing housing and homelessness issues in Canberra.

“Andrew Barr cannot sweep these issues under the rug and he needs to commit to taking action to improve the lives of the most vulnerable Canberrans,” Ms Lawder concluded.

UPDATE: The Property Council has expressed its glee at the Chief Minister’s proposed redevelopment plans:

Urban renewal is vital to the future of Canberra’s economic and social wellbeing, says the Property Council of Australia.

The property industry has welcomed the ACT Government’s decision to overhaul the ACT’s public housing, which Chief Minister Andrew Barr has today said is “one of the key pillars of our commitment to urban renewal across Canberra.”

“We support the ACT Government’s urban renewal agenda, which is essential if we are to enhance the vibrancy and vitality of Civic and other parts of the Capital,” says the Property Council’s ACT Executive Director, Catherine Carter.

“The Property Council agrees that bringing much of this ageing public housing stock up to contemporary standards is too costly, and that the only viable option is renewal.”

The ACT Government’s Public Housing Renewal Taskforce, established in September 2014, will replace 1,288 outdated public housing units. Much of this housing stock is within the centre and inner north of Canberra, including Braddon, Dickson, Turner, Lyneham and along the Northbourne Avenue corridor.

“We are keen to see further details of the ACT Government’s plan, including the proportion of government housing being retained versus private dwellings, as well as timeframes for this part of the urban renewal program,” Ms Carter says.

“In addition to public housing, housing affordability remains a long-term issue in Canberra, which needs to remain at the top of the agenda. Our urban renewal efforts must include a commitment to providing affordable housing, so that we cater to the needs of all Canberrans.

“The private sector is well placed to deliver affordable housing, and opening the market to competition will achieve the best outcomes for the people of Canberra,” Ms Carter concludes.

Helen Musa - May 27, 2020
0
Arts editor HELEN MUSA rounds up another day in the arts in Canberra.