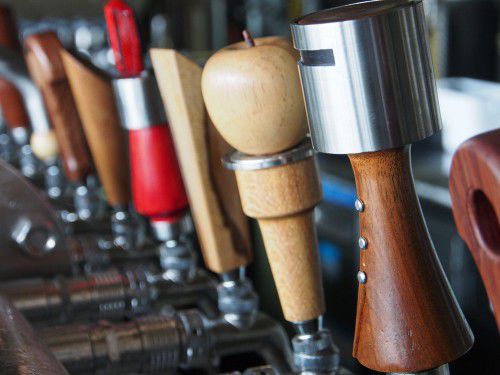 The first style to be revived, timed to celebrate Australia Day, is Ned’s Ale, a sparkling ale style that was the most popular style in the Australian colonies around the time of Ned Kelly’s capture and death.

When the first fleet arrived in 1788 it brought the taste for English strong ales and dark London porter. In nineteenth century England these gave way to lighter, fresher beers such as mild and pale ale. A similar change occurred in Australia. From the middle of the nineteenth century, colonial breweries started advertising the virtues of their sparkling ales. These light pale ales were lower in alcohol and more lightly hopped than the old beers.

By 1880, cool, sparkling ale was the favoured beer throughout the colonies. An important part of colonial brewing practice was the use of adjuncts, notably, sugar. BentSpoke’s sparkling ale has a base of malted barley, with cane sugar, white rice and flaked maize.

Sparkling ale not only suited drinkers. Being brewed quickly for immediate consumption, it addressed the difficulties of producing beer in a hot country.

“Back in the day the settlers could’ve been drinking it straight from the barrel as it was still fermenting” Richard said, “BentSpoke’s sparkling was brewed last Saturday and we’ve tried hard to resist the temptation to tap into it before its scheduled release at the BentSpoke’s brewery in Braddon at 11am this Saturday!”

There was a revolution in taste and technique just around the corner: lager. The ‘lagerisation’ of Australian beer began in the 1880s and took off in the twentieth century. Sparkling ale barely survived.

“We’ve named our sparkling ale after Ned Kelly, whose suit of armour is one of Australia’s best known symbols. Local artist Peter Rogers has produced a special tap for the occasion. Kelly was hanged for his crimes on 11 November 1880.

“He would never taste an Australian lager, but he no doubt enjoyed a sparkling ale or two. We hope you too can enjoy a Ned’s Ale this Australia Day long weekend.

BentSpoke’s historic brews will continue to roll out throughout 2015.